The Republican politician died early Thursday at a retirement facility 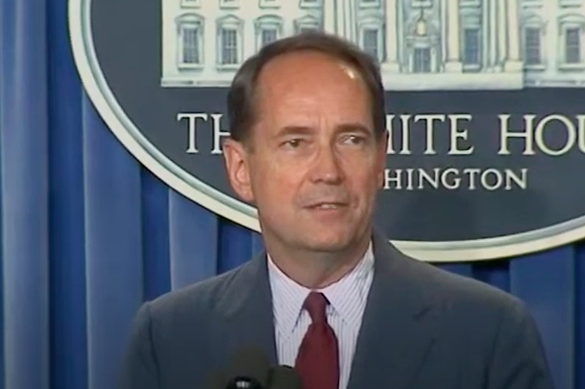 Dick Thornburgh, who served as the 41st governor of Pennsylvania and was also a U.S. Attorney General, died Thursday at age 88. His cause of death was not revealed, but his son said he died at a Pittsburgh retirement community facility.

Dick Thornburgh, who served as the 41st governor of Pennsylvania and was also a U.S. attorney general, died Thursday at age 88.

Thornburgh's cause of death was not revealed, but his son said he died at a Pittsburgh retirement community facility Thursday morning, the AP reported.

The Republican was elected Pennsylvania's governor in 1979 and served two terms. His second term ended in 1987.

Thornburgh also served as U.S. Attorney General under presidents Ronald Reagan and George H.W. Bush, from 1988-1991. He was appointed under Reagan and was retained during Bush's presidency.

Before his political career, Thornburgh graduated from Yale University and then received a law degree from the University of Pittsburgh. He then worked for a few years as a corporate lawyer.

One of Thornburgh's first significant political achievements came after President Richard Nixon nominated him to be U.S. Attorney for the Western District of Pennsylvania.

The politician is also celebrated for his dealing with the 1979 Three Mile Island crisis, in which a radiation leak occurred at a nuclear power plant in Dauphin County. Thornburgh was applauded for his calm handling of the disaster that went on for 10 days.

Thornburgh will be remembered for his prosecution of white collar-crime as a lawyer and politician. He was also instrumental in the passing of the Americans with Disabilities Act in 1990 as U.S. Attorney General.

"Governor Thornburgh served two terms as governor of Pennsylvania, and calm, grounded leadership was a hallmark of his governorship. He guided Pennsylvania through a tumultuous period in our commonwealth’s history following the partial meltdown at the Three Mile Island nuclear power station. His was a necessary and steady voice of calm in the midst of crisis," said Gov. Wolf.

"Governor Thornburgh dedicated his life to public service, and his contributions to our commonwealth and our nation will not be forgotten. All of Pennsylvania mourns the loss of one of our great public servants."