The incident occurred Sunday morning, and Philadelphia police are searching for the alleged gunman and the woman seen with him 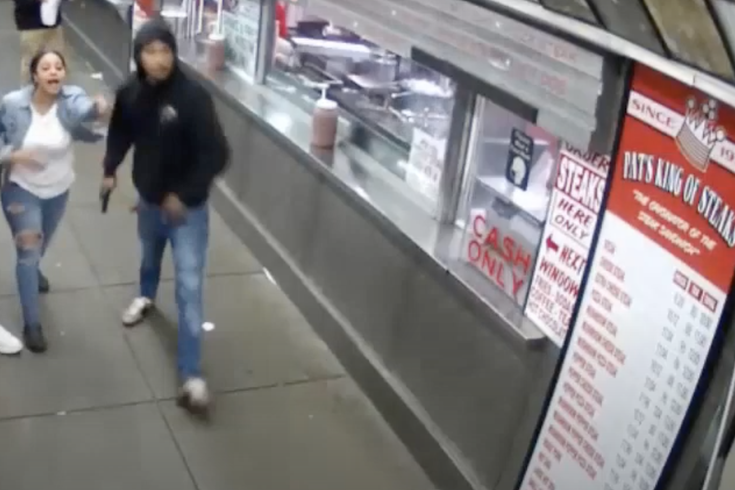 Police are searching for a man and a woman who they say were involved in a shooting at Pat's King of Steaks at 5:45 a.m. on Sunday, Dec. 27.

Police are searching for a man who fired gunshots outside Pat's King of Steaks in South Philly early Sunday morning, along with the woman who was accompanying him.

The incident occurred at 5:45 a.m., and surveillance video released by police shows the man wielding the weapon near the ordering window of the famous cheesesteak shop at 1200 S. Ninth St.

No one was injured in the shooting, and police said the crowd outside Pat's scattered after the man retrieved the gun from a bag belonging to the woman. The man then fired several shots into the air, police said.

According to investigators, the male suspect had been in an argument before firing the gun, and after he pulled the weapon from the woman's bag, he "attempted to get at someone," but bystanders intervened.

The incident ended with the man and woman leaving the scene in an SUV, which on the video appears to be a dark gray Land Rover with black wheels.

Below is the video released by Philadelphia police. It shows several still frames of the suspects's faces.