Did struggling Philly sports teams play a role in 'Breakfast on Broad' being canceled? 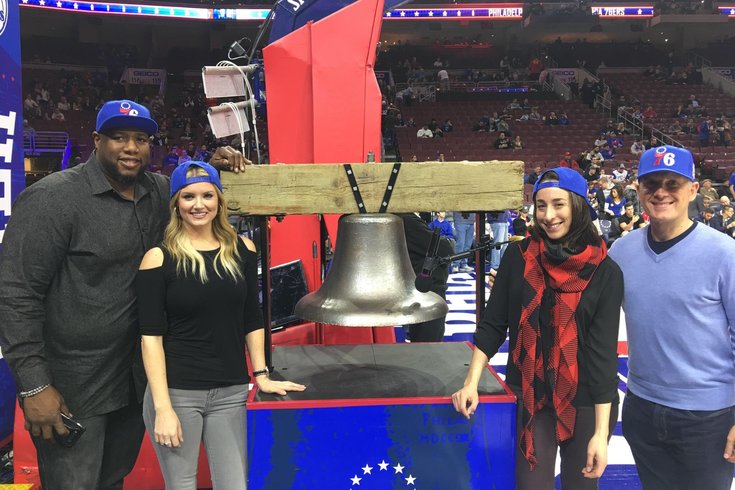 On Tuesday, it was reported by Jim Adair of CrossingBroad.com that Comcast SportsNet Philadelphia had decided to cancel its morning sports talk show, "Breakfast on Broad," after less than two years on air, largely due to underwhelming ratings that had remained flat despite the network's best efforts to boost viewership.

According to Adair, ratings for the show, which airs on CSN's sister station, The Comcast Network (TCN), from 7 a.m. to 9 a.m. -- and replays on CSN at 11 a.m. --  were "underwhelming," and his source said "the show’s overhead didn’t make it worth producing."

CSN Philly confirmed the decision in a statement, adding that Friday's broadcast will be the last for hosts Rob Ellis, Jillian Mele, Barrett Brooks, and Sarah Baicker -- although it won't be the last time you see them talking sports on the station.

“As the first local sports news program of its kind, Breakfast on Broad intended to better serve our viewers with more targeted sports programming across our platforms,” CSN said. “After February 3rd, Breakfast on Broad will no longer be presented as a morning show. The hosts will remain with CSN Philadelphia, and our award-winning content will continue to engage Philly sports fans across multiple platforms. A special thank you to the entire crew from Breakfast on Broad for their dedication to trying new things, and providing viewers with entertaining and compelling content.”

According to Jeff Blumenthal of Philadelphia Business Journal, some of the BoB crew will be reassigned, but others will be let go. He also reported that "it will ultimately be replaced by reruns of college and professional sporting events that aired on the network the night before."

But the most interesting line of Blumenthal's well-reported story comes in its final paragraph.

"Several sources said CSN’s bottom line has been affected negatively by the poor performance in recent years of the Phillies, Flyers and 76ers, all whose games air on the network."

Perhaps in years past, BoB's meager ratings -- it opened to a 0.2 rating through its first few months -- wouldn't have been as large of an issue. But with viewership of the Sixers, Flyers and Phillies likely down due to their struggles in recent years, plus the rising cost of rights to broadcast said games, it's not hard to see how the network's bottom line can be directly tied to their performance.

And with those teams now seemingly headed in the right direction, it's unfortunate that BoB couldn't weather the storm just a bit longer.