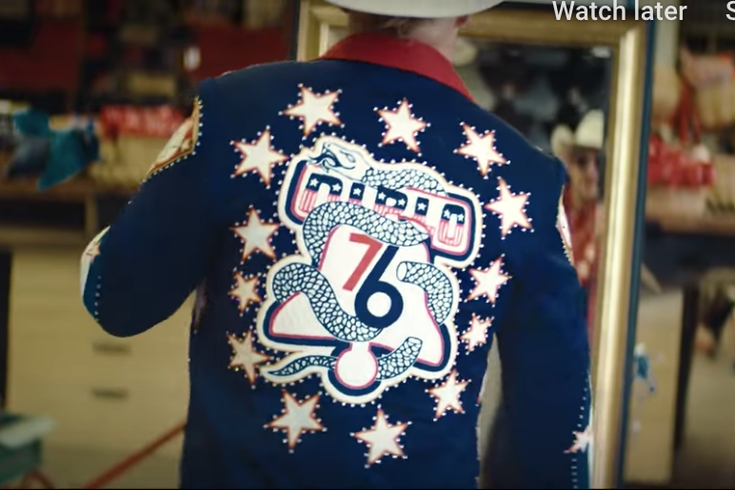 Diplo, the DJ and mega-producer, often likes to remind people of his Philly ties. This time, he did so by wearing a sick custom Sixers jacket in his newest music video.

Diplo, the DJ and mega-producer who got his big break while living in Philadelphia and attending Temple University, has traveled the world a hundred times over, but he always likes to remind people of his Philly ties.

So it shouldn't come as much of a surprise that Diplo, née Thomas Wesley, donned an outrageous piece of Philly-related apparel in his new music video alongside the reborn Jonas Brothers.

Diplo is using his given name for the new project, and he and the Bros. released the video for their single "Lonely" on Friday. It's a fairly run-of-the-mill 2019 music video, and then at the 1:56 mark, the Philly shoutout appears:

Folks, I'll just say it: That jacket is fantastic. Between the 13 stars, ostensibly representing the original 13 colonies, to the name "Diplo" stitched in all caps across the bell yoke of the Sixers' popular snake logo, it's a work of art.

Say what you will about the song itself: Diplo knocked it out of the park with this outfit, and in a music video that's basically all that matters.