He's a fighter. So vets taking care of him named him after Sylvester Stallone 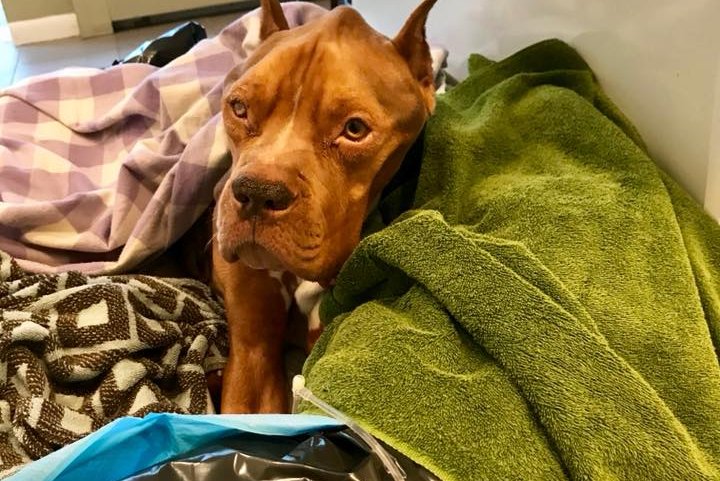 Sly was rescued from Deshong Park in Chester Tuesday night.

A dog being called Sly – named after "Rocky" actor Sylvester Stallone – was rescued from a Philadelphia-area park, presumably after being left to die Tuesday night.

Authorities picked up the dog around 12 p.m. from Deshong Park in Chester, Delaware County, after Providence Animal Center's Humane Officers received a call about the animal.

“Meet our fighter,” the center wrote in a Facebook post on Tuesday. “There along the side of 11th and Crosby Streets, beyond a callery pear tree, was a large dog of skin and bones, who couldn't even lift his head, a dog who had been left to die.”

As of Wednesday morning post-surgery, Sly was able to stand and finally holding down food.

He made it to the home of one of the surgeons and caretakers from the center, Dr. Gia Croce, to recover. He even met Dr. Croce's other pets. It's all too heartwarming. I mean, come on.

The latest update on social media from Providence Animal Center said Sly’s right eye appears to have a ruptured corneal ulcer, which means he may lose it in the long run. But it looks like the scrappy dude is going to be OK for now, as his vitals and organs have remained stable and he's getting good care.