Done with 'Roseanne,' Sandra Bernhard is setting her sights higher

The mistress of 'Sandemonium' returns to Philly for Pride Week 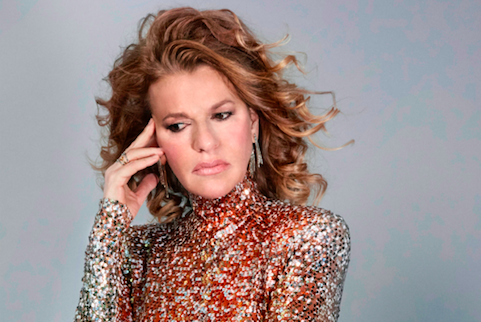 Sandra Bernhard puts on "Sandemonium" Thursday, June 7 at The TLA.

Since making her name and staking her claim with stand-up gigs in the 1970s, acting roles such as Martin Scorsese’s 1982 “The King of Comedy,” and comic-musicals like 1990’s “Without You I'm Nothing,” Sandra Bernhard has been one of pop culture’s most cutting multi-hyphenate performers. Slyly self-referential and caustically confrontational – yet with a commanding, nuanced singing voice and brassy delivery – there is nothing Bernhard can’t do. That includes her longtime gig on ABC’s original “Roseanne” series.

When Bernhard hits Philadelphia’s Theatre of Living Arts tomorrow night, she does so on the merits of her cynical, comedic and sonorous musical skills with her new "Sandemonium" revue, and not the recently-cancelled (for now) “Roseanne” show. Fact is, Bernhard really doesn’t want to discuss much about the series.

“It’s not worth talking about,” she said with a ring of finality.

“It is, and was, and will be what it is, so onwards and upwards.”

Besides, Bernhard is not sure whether she’ll be asked back to “Roseanne” after appearing in one episode of the reboot as her regular Nancy Bartlett character. She does, however, have other scripted parts to come in the near future such as a role in “Pose,” Ryan Murphy’s new FX series.

“My acting has definitely evolved, and I’m hoping that some of the scripted stuff that I have had a hand in creating makes its way to production.”

What Bernhard has truly had a hand in creating is the zeitgeist-perusing, socio-cultural snarking, musical comedy form with shows such as “Confessions of a Pretty Lady,” and “I'm Still Here... Damn It!” These musicals ran as Off-Broadway stage shows, first, before being filmed, and are landmarks of the intersection of musical theater and stand-up comedy.

“I do build shows such as ‘Sandemonium’ in similar fashion to those past shows, and it’s different every year,” said Bernhard, who curates a showcase of new material every Christmas holiday at Joe’s Pub in New York City.

“I also do a daily Sirius radio show, ‘Sandyland,’ where I try to infiltrate what’s happening culturally and personally. ‘Sandemonium’ is a blend of all that, and not me just waving my wand. It’s very internal, which gives it more gravitas.“

Bernhard believes “now, more than ever,” that it is necessary to “plug into the personal” in one’s work, because so much contemporary, humorous commentary and observation is dismissive.

“No one’s really taking responsibility for their behavior these days,” she said.

“It’s nice being someone who can ground the culture in certain ways. That’s the fine-tuning that I have been doing as I have evolved as an artist.” 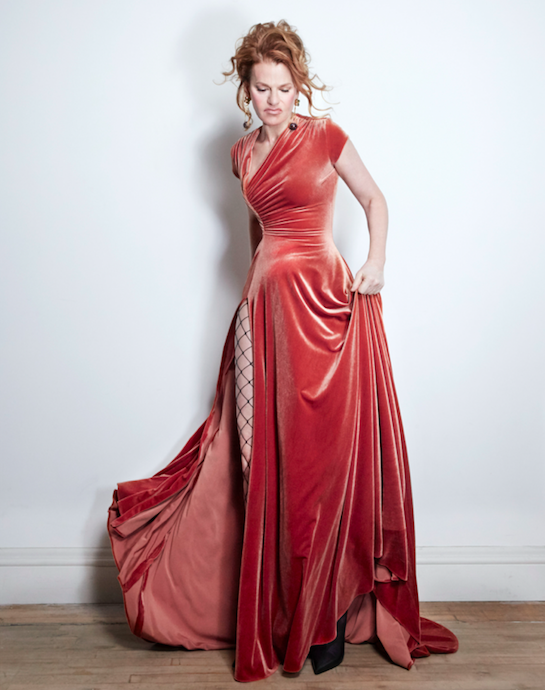 As her past stage musicals always found her mixing original tunes with classics, new and old, from Prince, Burt Bacharach, Madonna and more, Bernhard is also composing original songs for the new “Sandemonium.” She won’t reveal what the current musical influences are for the new show, but claims to never stop writing or being influenced by what is on the charts. What Bernhard is trying to avoid is the heavy-handedness given over to the Trump administration, and all-things right wing.

“My approach to it all is to address the obvious by not addressing it. My new show is like going to a party after spending the day being haunted by the news," she said.

"Everybody is burned out, blown out and terrified. You keep thinking that something is going to bring this whole sick situation to a screeching halt, but so far, that hasn’t happened. So, just come and enjoy.”

See Sandra Bernhard: "Sandemonium" on Thursday, June 7 at 8 p.m. at the TLA on South Street. Click here for ticket information.