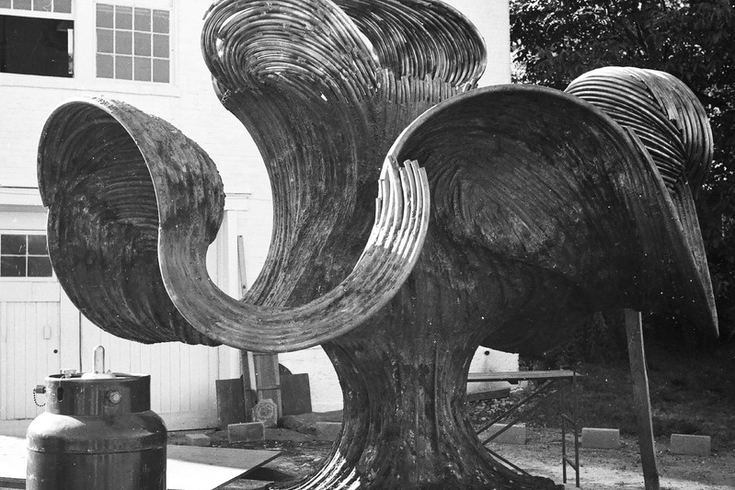 After spending 16 years in a North Philadelphia storage shed, an acclaimed sculpture created by multimedia artist and furniture designer Harry Bertoia will soon see the light of day in Chestnut Hill.

The Woodmere Art Museum announced that Bertoia's "Free Interpretation of Plant Forms," commissioned as a public art installation in 1967, will go on display as part of the museum's collection from Aug. 20 to Nov. 6.

Bertoia, an Italian-born American artist, was best known for his sound sculptures and furniture designs, though he was also an active jewelry designer and printmaker. The exhibition at the Woodmere Art Museum will focus on six public art installations he completed between 1967 and 1975, examining his aesthetic intentions and abstract language for the natural world. 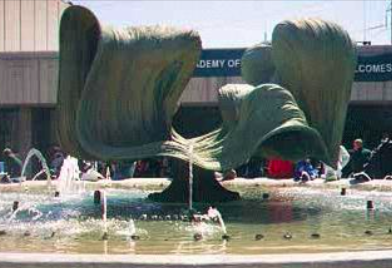 For years, the "Free Interpretation" sculpture sat prominently in front of the former Philadelphia Conventional Hall and Civic Center in West Philadelphia. When the building was slated for demolition in 1999, the sculpture was moved to the North Philadelphia police shed for safe keeping. (The site of the old Civic Center is now the location of the Perelman Center for Advanced Medicine at the University of Pennsylvania).

Margot Berg, Philadelphia's public art director, told The New York Times that the four-ton sculpture was kept at the police yard because of its space and security.

The sculpture, which has since received conservation treatment, became the subject of a $2 million fundraiser by the Woodmere Art Museum as city officials searched for an appropriate new home. In coordination with Philadelphia's Office of Arts, Culture, and the Creative Economy, Woodmere will keep Bertoia's copper-pipe sculpture on a 99-year lease. 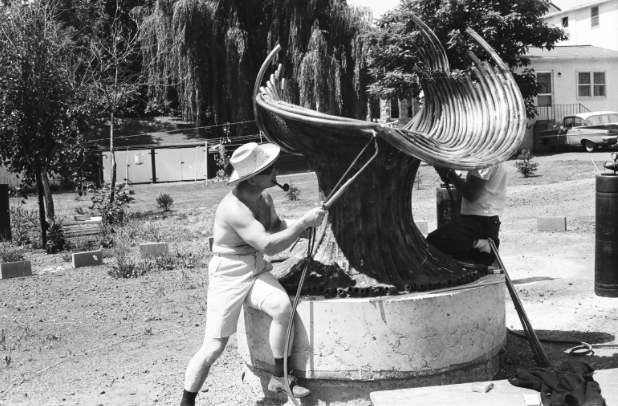 Bertoia, whose commissioned works include the "Golden Sun" in Flint, Michigan, and the "Homage to Performing Art" at Penn's Annenberg Center, died in Barto, Pennsylvania, in 1978 at the age of 63.


To celebrate the arrival of "Free Interpretation of Plant Forms," the Woodmere Art Museum will hold a Pop-Up Party from 6-8 p.m. on Friday, July 22. Additional information about the event can be found here.