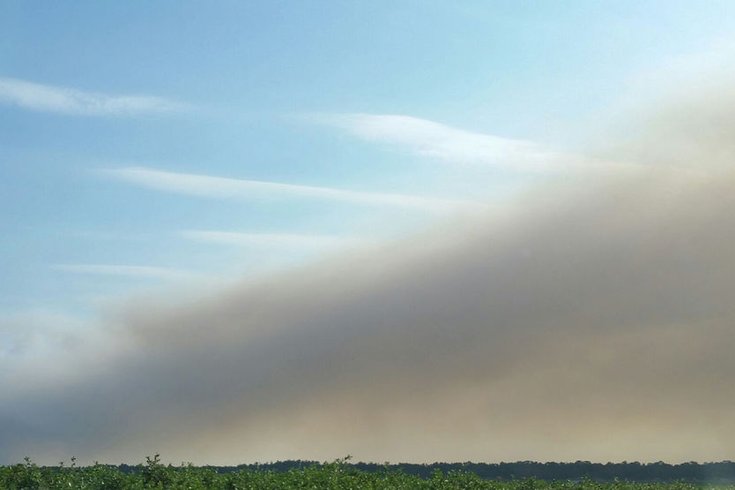 The smoke and ash from the fire in Wharton State Forest could be seen late last week drifting for miles. Campgrounds and trails were closed.

The wildfire which raged through 3,500 acres of Wharton State Forest was contained 100 percent and well under control going into Sunday night.

Drenching showers overnight may have doused the remaining fire; there is an update coming at noon Monday from the New Jersey Forest Fire Service, according to spokesman Robert Geist.

Batsto Village and most trails have reopened after a thick blanket of smoke cleared the area within an 11-mile containment boundary.

Bulltown Road remained closed Sunday, as was the Batona Trail, the longest path in the pines.

Smoke from the largest woods fire in a decade could be smelled miles away, including in Atlantic City.