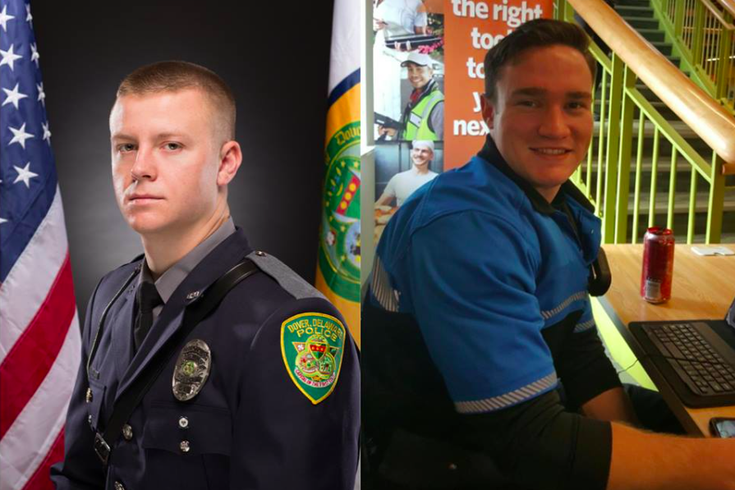 The Dover Police Department is mourning the loss of two police officers who were killed in an off-duty crash early Sunday morning.

Officials with the Delaware State Police said the crash occurred around 4 a.m. when 23-yeard-old Officer Robert E. DaFonte, of Hartly, lost control of his 2016 Jeep Wrangler while navigating a sharp right curve on Hazletville Road. The vehicle, also carrying 22-year-old Cedet James D. Watts, of Camden-Wyoming, traveled off the roadway down an embankment before striking a utility pole.

Investigators said the vehicle struck the pole on the driver's side, overturning and ejecting Watts, who was not properly restrained, before coming to a stop on the passenger's side. Both men were pronounced dead at the scene.