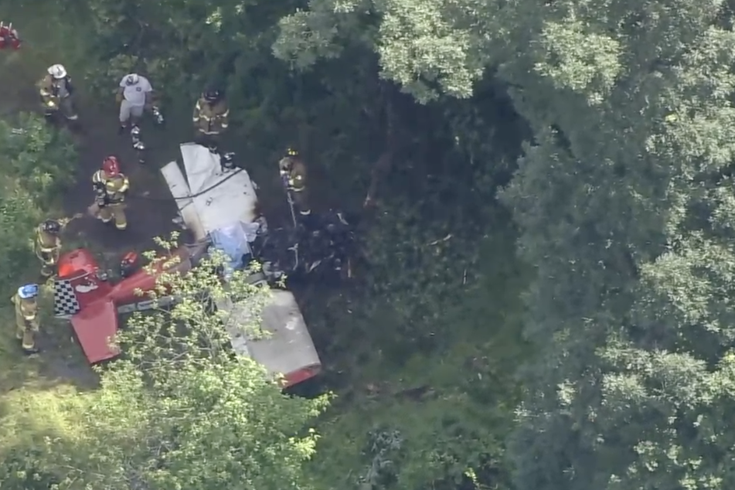 A single-engine plane crashed into trees behind a residential area in Doylestown, Pa. on June 15, 2021.

The pilot of a single-engine plane that crashed Tuesday morning in a wooded area of Doylestown, according to officials.

The crash was reported around 10:30 a.m. in the area of the 3800 block of Charter Club Drive, about two miles from the Doylestown Airport. The plane, a Vans RV-6A, crashed into trees behind a residential area, according to 6ABC. Firefighters and emergency personnel responded to the scene of the crash.

The Federal Aviation Administration said the pilot, who has not been identified, was the only person aboard the small aircraft.

Officials did not immediately provide an update on what led to the plane crash.

An investigation into the crash will be handled by the FAA and the National Transportation Safety Board.