Honor those who served, and remember why 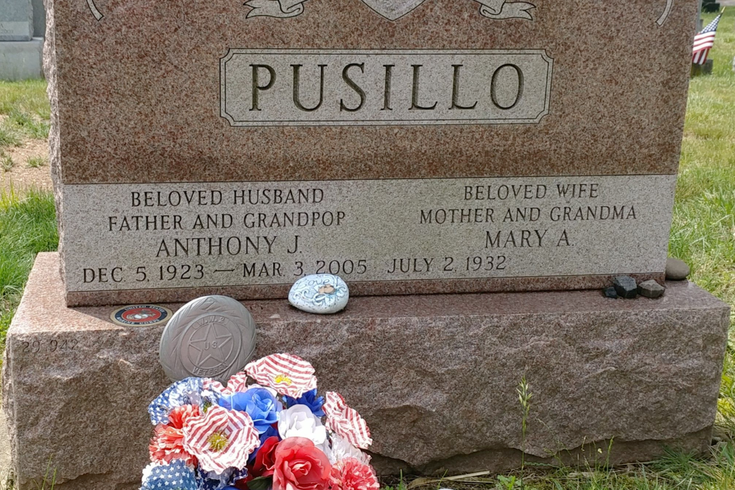 On Veterans Day, we all reflect on those we know who have served, on how we can do better caring for those who have returned and need our help and empathy. I think about my dear friend's father, “Pops,” whom I have known for 30 years and who was a Marine in the 50s. Recently, he was moved to a Pennsylvania VA facility. He is no longer in his home with his wife and visiting neighbors and family. Now he is in a double room, sharing a bathroom with three strangers. The struggle he and his family had with our healthcare system was endless, complicated and heartbreaking. But he is safe now and being cared for.

My first recollection even talking about a soldier is of my great uncle, Tony. Uncle Tony was a photographer in a B-52 bomber that flew over Germany in World War II. My imagination as a child went wild with the thoughts of how brave he was and the danger he put himself under to take pictures of land, equipment and troop movements across Nazi Germany. At the time, I didn’t quite understand what World War II was or who the Nazis were, but I knew he was brave and I knew he served our country.

My other uncle, Dick, also served, and even though he never saw any action in Europe, he was still proud that he had volunteered. That's the most I can recall about my great uncles and their service. Those great uncles were the brothers of my grandmother Philomena Pusillo who passed away 32 years ago.

On my father’s side of the family, I remember my grandfather telling me stories about his time in the Conservation Corps. He served building trails and cutting down trees in the great Northwest. He was quite young when he went to serve — I don’t remember how old, but both of his parents were dead by the time he was 17 and he did what he had to do during the Great Depression to make money and survive. His government helped him in his time of need and he was an FDR Democrat until the day he died. Although those times were hard, he always had great memories that he shared with me before he passed away. I think of his service, and I consider him a vet as well. He served his country in the CCC and went on to be a smelter, working a crane at AS&R in the port city of Perth Amboy, NJ.

My dad was the first in his family to go to college and was ROTC Navy at Seton Hall in the early 60s. He deferred for Medical School and Pediatric Residency training and never went to Vietnam. Now he is likely golfing or planning his next family vacation, a retired doc and Lt. Colonel in the Navy reserve.

Me, I have never served in the military. I have worked on the frontlines of our broken healthcare system for the last 30 years as an Emergency Medicine doc, but that is not the same. Yet,  I honor and have cared for many who have served in our military. As a free citizen of this country, I humbly respect the freedom that they all so valiantly fought so hard and may have given their lives for, and I honor all those who have served and who are serving.

I also remember a vet to whom I gave a vaccination to in West Philly a few months back. His name is “Buffalo Bill” and he served in the black cavalry. He is quite old, and proud, and I am lucky to have met him doing what I do best, caring for people — that’s my service, I suppose.

As we remember and reflect, it is a great moment to think about what we can all do to honor our vets: hire a vet, make a donation to a veterans group, give a vet a helping hand or a break to see them through  times when they may be grappling with or have substance use or mental health needs, and definitely support funding for increased pay and benefits for our soldiers.

We also need to secure increased funding for better mental health and home care services, short term and long term care facilities and day programs. Let’s remember that spending on our military not only ensures and provides for our safety and security, but it also gives families like mine a chance to pull themselves out of poverty, and build wealth and make a better life for themselves and their families of this generation and those that will follow.