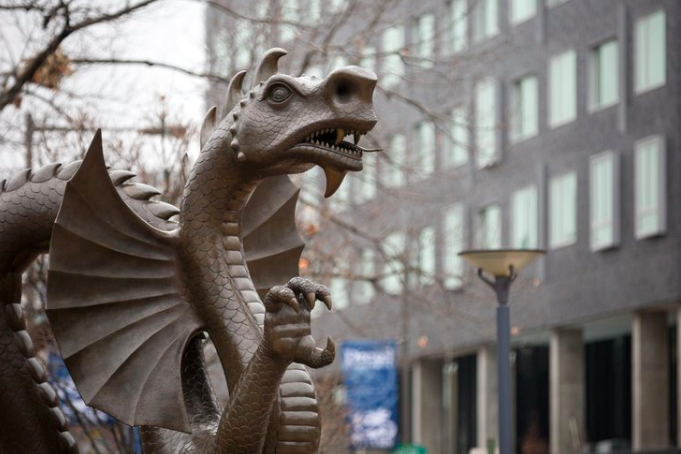 A former Drexel University professor has been charged with theft in the wake of allegations that he spent nearly $200,000 in grant money on strip club visits, bars and music purchases, Philadelphia District Attorney Larry Krasner announced Tuesday.

Chikaodinaka Nwankpa, 57, was exposed last October when federal prosecutors reached an agreement with Drexel to resolve potential liability for his actions. The university agreed to pay $189,062 for the unauthorized use of research grant funds from the U.S. Navy, the U.S. Department of Energy and the National Science Foundation.

The misuse of the money was discovered in 2017 after Drexel discovered improper charges during an internal audit. The university voluntarily reported the theft to the government.

Nwankpa was not initially charged with a crime last fall, but the case was taken on by Krasner's office.

“Mr. Nwankpa inappropriately and criminally diverted tens of thousands of dollars that were allocated for research purposes toward his own private enjoyment. He betrayed Drexel University and tuition-paying students he was paid to educate,” District Attorney Krasner said.

Nwankpa formerly served as the head of Drexel's Department of Electrical and Computer Engineering, a position he assumed in 2015, and spent 27 years employed by the university. He resigned at the time the allegations surfaced in 2017 and repaid Drexel about $53,000.

Federal investigators had said he submitted improper charges against the grants for items including iTunes purchases and “goods and services” provided by the strip clubs Cheerleaders, Club Risque and Tacony Club.

Krasner's office said Nwankpa made more than $96,000 in "no receipt" purchases at adult entertainment venues and sports bars between 2010-2017, claiming the items were for catering and food. The investigation found 48% of the 114 separate charges Nwankpa made were done on weekends, and 63% were processed between the hours of midnight and 2:00 a.m.

Nwankpa also allegedly spent about $89,000 on iTunes purchases, meals and other unauthorized goods and services.

Prosecutors charged Nwankpa with theft by unlawful taking and theft by deception. He was arrested Monday by Drexel University Police and was released after posting $25,000 bail. A preliminary hearing is scheduled for Jan. 29.