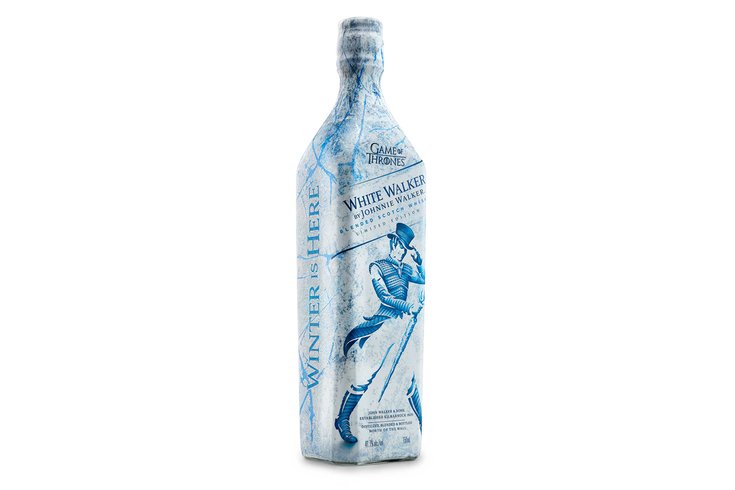 There's only one "Game of Thrones" season left. While this leaves many fans sad about its coming end, Johnnie Walker is giving the fans something to drown their sorrows in.

Johnnie Walker has unveiled their new White Walker by Johnnie Walker blended scotch whiskey, made in partnership with HBO and GOT's production company, Diageo. The company announced GOT whiskey was coming in May, and it's finally here.

White Walker is based on none other than the White Walkers. The whiskey is a special blend of single malts from Cardhu and Clynelish, northern Scottish distilleries known for their bitter winters. (Because, naturally.)

The press release states that this blend “has notes of caramelized sugar and vanilla, fresh, red berries with a touch of orchard fruit and is best served chilled.” (But so "chilled" you join the army of the dead? Maybe.)

There's even more good news for whiskey and "Game of Thrones" fans. The White Walker whiskey is available now, but the whiskey brand will be selling eight different types of whiskey influenced and based off of the houses of Westeros starting in November.