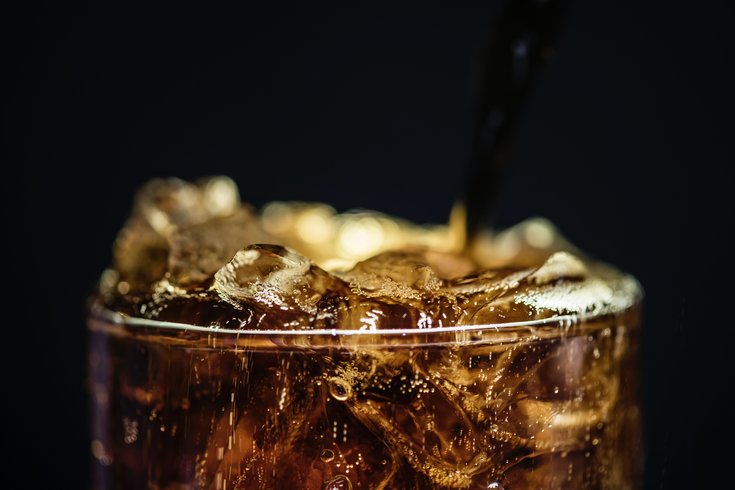 A full glass of soda.

A higher collective consumption of soda, sweetened fruit drinks and water is linked to a greater likelihood of developing chronic kidney disease, according to a study published Thursday.

In a study involving 3,003 black Mississipi residents, researchers found that the participants who drank the most soda, sweetened fruit drinks and water were 61 percent more likely to develop chronic kidney disease than those who consumed the least amount of those drinks.

Overall, six percent of participants developed chronic kidney disease over the course of the study, which was published in the Clinical Journal of the American Society of Nephrology. At the start of the study, all participants had normal kidney function.

Chronic kidney disease is the gradual loss of kidney function, according to the Mayo Clinic. When the disease reaches an advanced stage, dangerous levels of fluid, electrolytes and wastes can build up in the body. Among the myriad causes: diabetes, hypertension and recurrent kidney infections.

Certain beverages also may impact kidney health, according to the study's lead author Casey Rebholz, a professor at Johns Hopkins Bloomberg School of Public Health. But previous studies have been inconsistent.

Researchers administered a food frequency questionnaire at the beginning of the study, which assessed the beverage intakes of participants at varying points between 2000 and 2013. The participant pool was drawn from the Jackson Heart Study, the largest, longitudinal study of cardiovascular disease among African Americans.

African Americans have a higher risk for developing chronic kidney disease, according to the Mayo Clinic.

Researchers said they were surprised to see that water was included in the beverage pattern linked with a higher risk of chronic kidney disease. But they noted participants may have reported both flavored and sweetened water as water – a limitation of the study.

Philadelphia was among the first municipalities to tax sugary beverages, including soda. The tax, signed into law by Mayor Jim Kenney in 2016, sparked a lengthy legal battle which essentially ended when the Pennsylvania Supreme Court affirmed its legality in July.

Dr. Holly Kramer and David Shoham, both of Loyola University Chicago, compared the resistance to taxing sugar-sweetened beverages to previous hesitations regarding smoking.