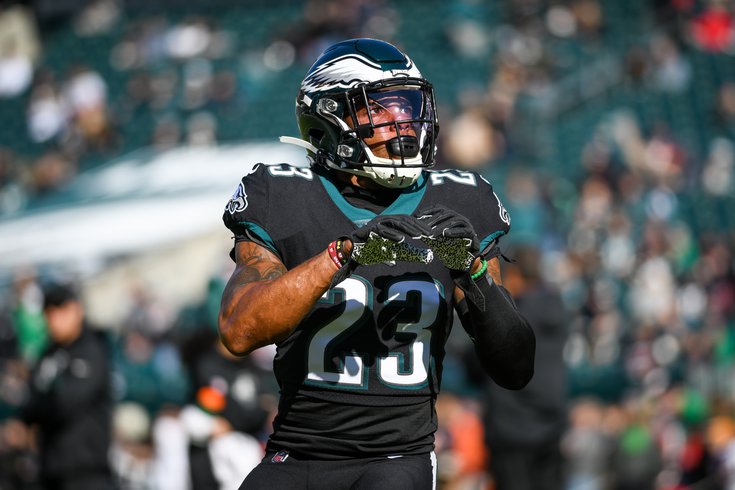 Today we'll look at the safeties.

After the team released Malcolm Jenkins and signed Mills to a one-year deal, Howie Roseman indicated that Mills would be taking over some version of Jenkins' role in the defense.

"Bringing him back was important for us," Roseman said. "We feel like Jalen is a positionless player. He can really play down in the box, he can cover tight ends, he can cover slot receivers, he can play out wide, he’s got range, he’s played the position before. When we scouted him, he played the safety position against Alabama in a huge game for LSU, so we’ve seen him do that. His versatility, his mentality, is something we wanted to keep on the defensive side of the ball."

Mills noted that he did everything Roseman said above in the Eagles' game against the Patriots last season, and so we took a look at that game back in June.

During the offseason, we're taking a look at players who are either new to the Eagles, or are already w/ the team but we perhaps don't know a lot about them just yet. Today we'll look at Jalen Mills, who is taking on a new role at S. (Thread & article) ☝️https://t.co/SRN4bIhrzb

The move from Jenkins to Mills is highly likely to be a downgrade, but only because Jenkins has been such a good, tough, tone-setting, playmaking player and leader for the Eagles for more than a half decade.

That said, I do think that Mills fits his role well. After playing four years as an outside corner, never shying away from a challenge even if he was sometimes overmatched athletically, it will feel like a breeze for Mills to go from manning up against guys like Julio Jones, to even a good tight end, like, say, Evan Engram, for example.

The safeties in the Eagles' defense should also benefit from improved defensive linemen and corners.

Coming off ACL and MCL tears suffered during the 2018 season, McLeod rehabbed his knee, and got himself ready in time to play for Week 1 of 2019. In 2019, his speed seemed to have taken a hit, as he was often slow to get to where he needed to be on deep balls down the field.

As we mentioned in the cornerback preview yesterday, the Eagles allowed 16 pass plays of 40+ yards in 2019 (including the playoffs), or just a hair under one/game, which led the NFL. As you'll see in the following Twitter video thread, McLeod was at least partly culpable for more than his share of those big plays allowed.

While we think of guys like Jalen Mills and Derek Barnett as "Jim Schwartz favorites," McLeod is low-key right there with them, as Schwartz has repeatedly mentioned the calming influence McLeod has on the defense. In 2020, the Eagles are making two bets on McLeod:

McLeod is now 30 years old, and he's an intelligent player and person. There are no questions here about his ability to get the back end of the defense lined up and on the same page, but banking on him having rejuvenated legs is perhaps a dicey bet.

Wallace has some of the "positionless" qualities the Eagles are striving for in their secondary, in that he played safety and slot corner for Clemson. He had a productive 2019, making 72 tackles, with 2 sacks, 2 INT, and 10 pass breakups.

He's an aggressive, heady player who would make sense in a Jenkins-similar role. In the short term, he's an out-of-the-box special teamer who could complete for No. 3 safety / big nickel / dime LB snaps. In the long term, he has starting potential, and could be an eventually long-term replacement for Mills.

Wallace in the fourth round was probably the best "value pick" for Roseman in the 2020 draft, and is a player I look forward to watching closely in camp.

Like almost all of Schwartz's safeties, Parks has corner experience in his background, as he played safety and slot corner for the Broncos over the last four years.

After signing old dudes like Corey Graham and Andrew Sendejo the last few years to be backup safeties, the Eagles went with a younger vet in 2020, nabbing the 25-year-old Parks (he turns 26 next week) in free agency on a cheap, one-year deal worth around $1.5 million.

Parks will compete for sub-package snaps with Wallace.

The Eagles were excited to be able to trade Bruce Hector for Ford during 2019 training camp, thinking that they had just landed a special teams stud, but he ended up doing way more harm than good. In 10 games, Ford racked up 4 penalties for 38 yards, plus an additional 28 yards in yards nullified by his penalties. Meanwhile, he only contributed 5 special teams tackles.

The Eagles claimed Epps during the season, after the Vikings waived him. He mostly played in three-safety sets, as the super-deep middle of the field guy.

Against the Giants, Epps was extremely lucky that Josh Sweat messed up a flea flicker, as he would have been toasted by Eli Manning and Golden Tate. He's No. 37 here:

Golden Tate would have hit his head on the goalposts if the Giants could have protected on that flea-flicker pic.twitter.com/NU5ClotpHF

In the playoff game against the Seahawks, Epps bit on a little double move by DK Metcalf, and Russell Wilson connected with him deep down the field to seal the Eagles' season.

Riley filled up the stat sheet his senior season at Army, racking up 79 tackles, 4 sacks, 3 INTs, 3 forced fumbles, and 6 pass breakups. His best chance of sticking with the team is if he shows special teams ability, and could be a candidate for the practice squad.