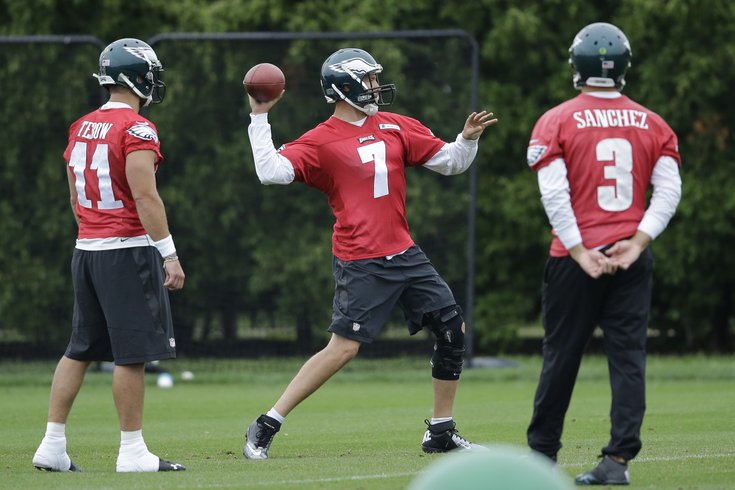 Why is Mark Sanchez crossing his fingers here?

September may still be a long way off, but with so many new additions and unanswered questions about the Eagles 2015-2016 roster, this year's training camp figures to be an important litmus test for the direction of the team entering Chip Kelly's third season as head coach.

The team has announced that training camp will begin on Sunday, August 2 at the NovaCare Complex, which be the primary site for practices for the third year, CBS 3 reports. A limited number of season ticket holders, randomly selected from every section of Lincoln Financial Field, will be invited to attend.

Two open practices, both free of charge, will be held at Lincoln Financial field on Tuesday, August 4 and Sunday, August 9. Seating will be first-come, first-serve.

Exact practice times and media availability will be announced at a later date.