Eagles-Cardinals injury update: Jason Kelce hurt in first half, comes back in second 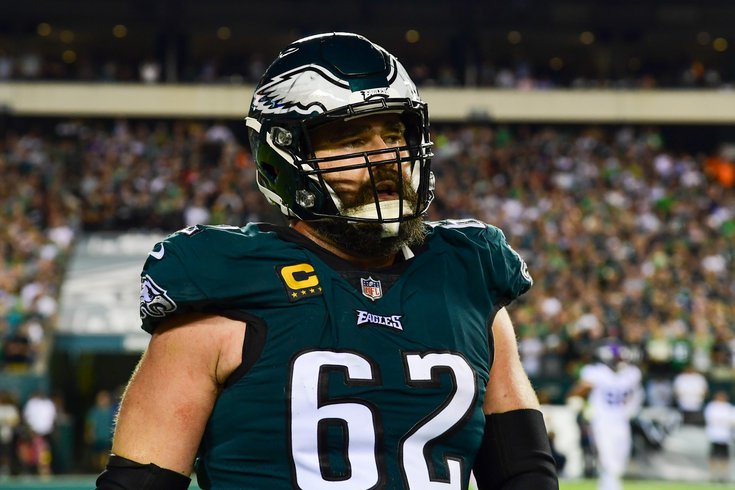 Eagles center Jason Kelce, shown during the Monday night game against Minnesota on September 19, left Sunday's game against Arizona in the second quarter with an injury.

UPDATE [6:15 p.m. ET] – Kelce ran out of the locker room with his helmet on and re-entered the game to begin the second half.

Kelce trying to get ready to go back in. pic.twitter.com/JrwYqwS3hs

Eagles center Jason Kelce was down late in the first half Sunday against Arizona with an apparent injury but left under his own power.

Rookie Cam Jurgens entered the game as the sub.

Kelce did visit the medical tent earlier in the second quarter but returned to play. He was down on his back a few plays later.

The Eagles were already without left tackle Jordan Mailata, then lost left guard Landon Dickerson in the first quarter with a leg injury. Dickerson was ruled questionable to return with Sua Opeta taking over in the meantime.

The Eagles closed the first half with center and the left half of the line running second string.

The severity of Kelce's injury is unknown at this time.

His start Sunday against Arizona was his 127th straight.

Jason Kelce walking off to the locker room with a standing ovation from Eagles fans pic.twitter.com/i07AaKOjlt