Dickerson went to the medical tent in the first quarter 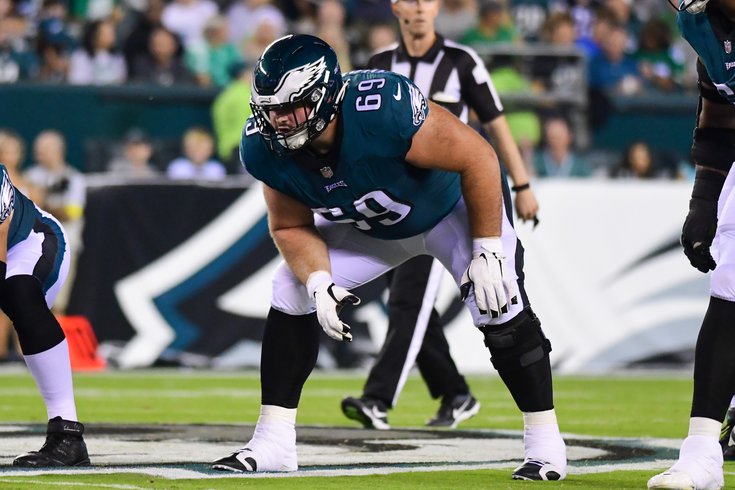 Eagles LG Landon Dickerson during the Monday night game against the Vikings back on September 19, 2022.

The Eagles' offensive line was already a bit banged up heading into Sunday's game against the Cardinals, but they may have just taken another hit.

LG Landon Dickerson was seen heading to the medical tent during the first quarter down in Arizona. He went to the locker room and, per the Eagles, he's questionable to return with a leg injury.

Landon Dickerson in the medical tent. Sua Opeta in at LG. Two backups on that side (Driscoll at LT).

Sua Opeta went in as the backup and alongside Jack Driscoll at LT, who's filling in for Jordan Mailata (shoulder), has the left side of the Eagles' line running on second string.