Lane Johnson is ruled out, Chauncey Gardner-Johnson suffered a hand injury but returned 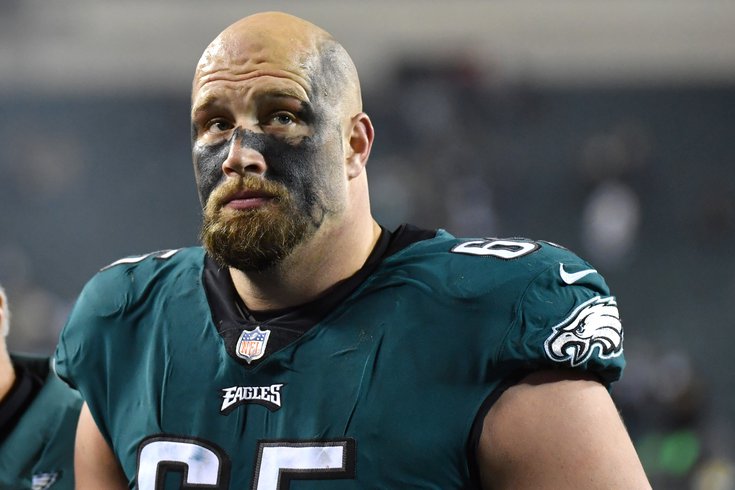 UPDATE [10:35 p.m.] – Gardner-Johnson returned to the field and checked back in at safety.

Lane Johnson won't return for the remainder of Sunday night's Eagles-Cowboys game and Chauncey Gardner-Johnson is questionable to return.

The starting right tackle went to the medical tent late in the first half and was later ruled out after entering the NFL's concussion protocol. Backup Jack Driscoll took over in his place.

#Eagles rule Lane Johnson out with a concussion. Jack Driscoll in at RT for the rest of this one.

Gardner-Johnson, at safety, got checked after favoring his arm following a tackle and was taken to the sideline with a hand injury.

The Eagles' line got banged up last week against Arizona, which led to Driscoll getting significant playing time. He held up well and had the praise of Nick Sirianni postgame.

Still, Johnson isn't a name the Eagles want to be without for long and definitely not during a game against the team's biggest rival with control of the NFC East on the line, though the Eagles are currently up 20-10.

Luckily, this is the Eagles' game before their scheduled bye week, so Johnson will have a bit of time to get healthy.

Gardner-Johnson on the other hand, is a bit more concerning depth-wise, as the Eagles were considerably thin at the position before trading for him right before the start of the season.

Bad injury. That's a rare spot where the Eagles don't have good depth.