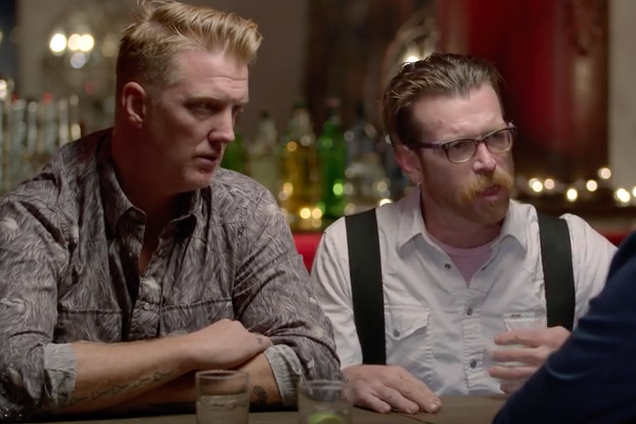 For the first time since the deadly Paris terrorist attacks on November 13, members of the American band Eagles of Death Metal, who were performing at the Bataclan concert hall where 89 people were killed, spoke out about the harrowing experience in an interview with Vice.

The media network posted the full interview Wednesday, in which lead singer Jesse Hughes and bandmate Joshua Homme (frontman of Queens of the Stone Age, who was not traveling with the band for the Paris performance) talk about how the horror of that night has connected them with the victims, families and communities targeted in the attacks.

Hughes and the rest of the band were able to escape the concert hall that night, but merchandise manager Nick Alexander and three record label colleagues were killed by the attackers.

In the band's initial statement following the attacks, they told People that they are "bonded in grief" with those impacted by the attacks and are "proud to stand together, with our new family, now united by a common goal of love and compassion."

Vice founder Shane Smith described the upcoming interview as a chance for the band members to "try to figure out what it is that they – and we – can do next."