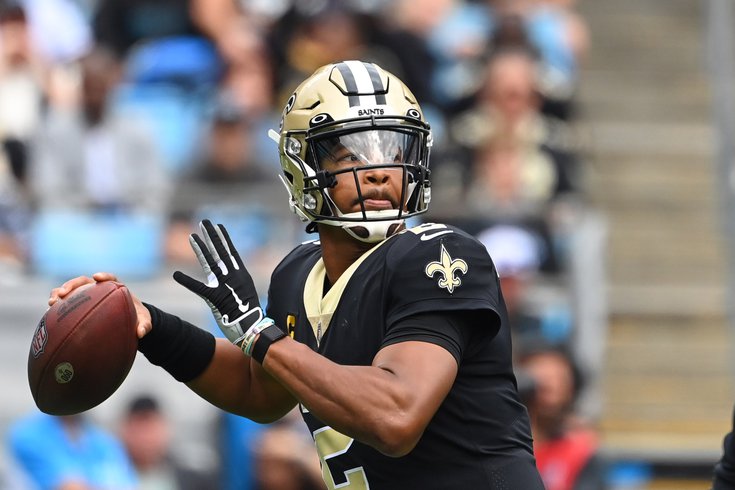 Quarterback Jameis Winston was not in attendance for the New Orleans Saints' practice on Wednesday in England in advance of their matchup on Sunday against the Minnesota Vikings, according to several reports, as backup Andy Dalton got first-team reps.

Winston didn't practice last Wednesday either but at least he was in attendance. The other difference between this week and last week is that No. 3 quarterback Taysom Hill got quarterback reps. You normally wouldn't give your No. 3 quarterback reps if you think your top two guys are able to play, though there's an argument to be made in Hill's case that he doubles as a skill position player. Nick Underhill of NewOrleans.football has more details:

Jameis Winston wasn’t at practice today. What does it mean?

Winston reportedly has four fractures in his back, which has very likely affected his play. In the Saints' last two games, both losses, Winston has thrown 2 TDs vs. his league-leading 5 INTs.

All of this matters to the Eagles, of course, because they own the Saints' first-round pick in 2023. The more games the Saints lose, the better the Eagles' pick will be. If the season ended today (it doesn't), that pick would be seventh overall.