Eagles make a bunch of roster moves ahead of playoff game vs. Seahawks 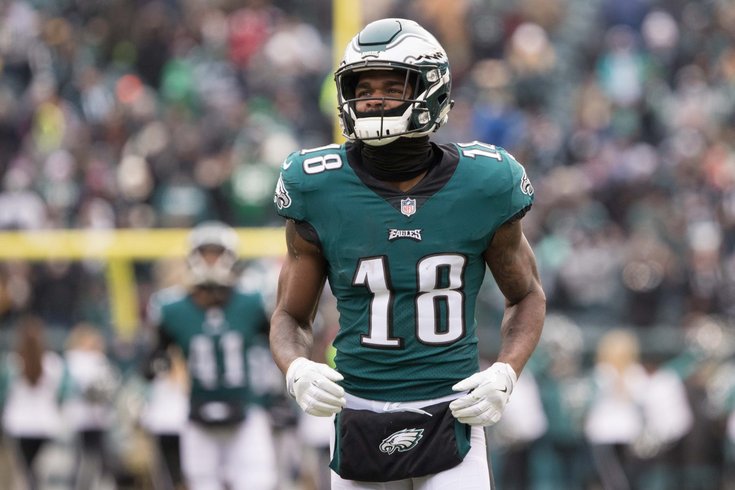 Shelton Gibson is back.

The Philadelphia Eagles announced on Wednesday that they are bringing back a familiar face in Shelton Gibson, as well as the expected move of placing Brandon Brooks on injured reserve. They also made a move on their practice squad. Let's look at each transaction individually:

Doug Pederson revealed on Monday that Brooks was done for the season with the shoulder injury that he sustained last Sunday against the Giants. His move to IR was a given. He'll have surgery on it, per Pederson.

Fans who are frustrated with the Eagles for their pattern of bringing back players who were formerly with the team won't like this signing. In two season with the Eagles, Gibson, a 2017 fifth-round draft pick, had just 3 catches for 59 yards.

Gibson was waived at final cutdowns this season, and signed with the Cleveland Browns to play on their practice squad.

Gibson did at least carve out a role as a special teams player in his time in Philly, most notably as a gunner. His signing makes sense if CB Craig James, who was being used as a gunner, is not expected to play on Sunday. James got hurt near the end of the game last Sunday against the Giants.

Barring multiple injuries, it feels unlikely that Gibson will see the field in the regular offense.

Joseph went undrafted in 2017, initially signed with the Bears, and has bounced around quite a bit in the NFL. The Eagles are now his sixth (!) team.

If you can look past the fact that he's on his sixth team, Joseph was thought of as an intriguing prospect coming out of FIU. His NFL.com scouting report in 2017:

Intriguing physical traits and tools, but he will need extensive technique work in order to eliminate some of the bad habits that are holding him back. Teams will be attracted to his length, and one will take him on Day 3 (Rounds 4-7) and try and bring him along slowly as a left tackle lottery ticket they hope pays off down the line.

Perhaps Jeff Stoutland can unlock his potential if the Eagles are able to sign him to a futures contract this offseason.

To make room for Joseph.