Sanders did a Bobby Boucher impression from 'The Waterboy' on the field for the Eagles. Sandler loved it. 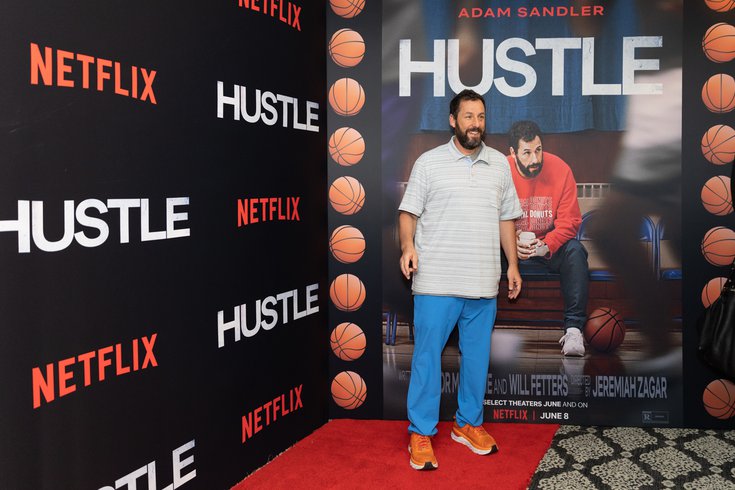 Eagles running back Miles Sanders had a career day in Sunday's win over the Giants, rushing for 144 yards and 2 touchdowns. The play that people were talking about after the game, however, was one in which Sanders was blocking for quarterback Jalen Hurts.

Sanders imitated Adam Sandler's hard-hitting character Bobby Boucher from "The Waterboy" on that play with his frantic scream to boot as he blocked Giants linebacker Azees Ojulari:

"I had a plan to yell like 'The Waterboy' because I was mic'd up today," Sanders said to reporters after the game.

Sandler, fresh off his Philadelphia-set Netflix film "Hustle" from earlier this year, chimed in on Twitter and shouted out Sanders:

Even as a New Yorker, Sandler clearly can't get enough of Philly.