The Eagles' offense is their defense, unfortunately 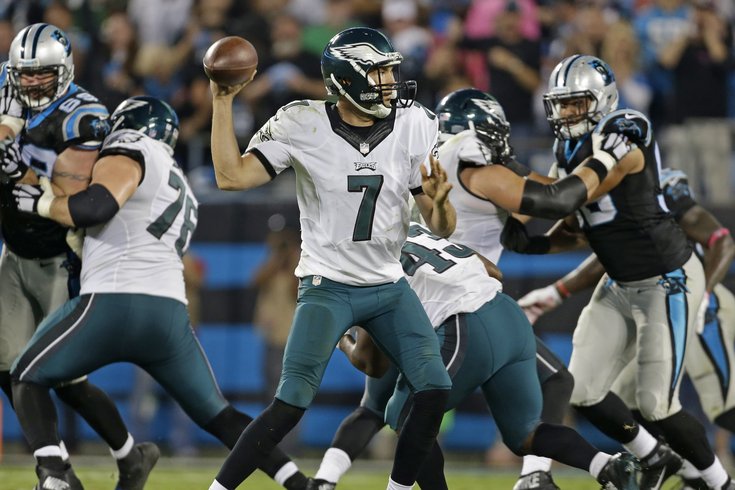 The Eagles defense has bailed out Sam Bradford and the Eagles offense to an extreme degree this season.

That has not been the case so far this season, however, which is troubling. The unfortunate reality of this season has been that the Eagles offense is leaning heavily on the defense to generate points via turnovers. Let's view the Eagles' issues offensively in regard to turnovers from a few different angles:

On the season, the Eagles defense leads the league in takeaways, with 19, and yet, the team is 3-4. A look at the teams who have forced at least 12 turnovers this season:

As you can see, the Eagles are the only team on the list above that has a losing record. The other teams on that list have a combined record of 34-11.

Meanwhile, the offense has turned the ball over 15 times, which is tied for second worst in the NFL. A look at the company they're keeping on that side of the coin:

The combined record of the teams above: 17-37. Now that I've made the first ever discovery that turnovers are important in football, let's take a slightly deeper look.

As we noted above the Eagles lead the NFL in takeaways, with 19. While they did not turn takeaways into points against the Panthers Sunday, the Eagles are actually second in the NFL in points off turnovers, with 59 of them. Unfortunately, they only have 160 points overall, which means that 36.9 percent of their point production this season has come off of turnovers. That is the second highest percentage in the NFL:

So what does that mean? I think a pretty easy conclusion to draw, and one that has been backed up by exactly what we've seen on the field this season, is that the Eagles have been unable to sustain long drives off of punts or kickoffs to score points. They have been far too reliant on the defense putting them in excellent positions to score.

The Eagles are only giving up 1.4 points off of turnovers, which is outstanding from a defensive perspective.

The combined records of the teams other than the Eagles on that list: 44-14.

When the turnovers dry up, and they will, how exactly are the Eagles going to win games with an offense that can't score without a ton of help from the defense?

1) There is no way in hell the Eagles should be 3-4 when they lead the league in "points off turnovers differential."

2) The Eagles defense is good.