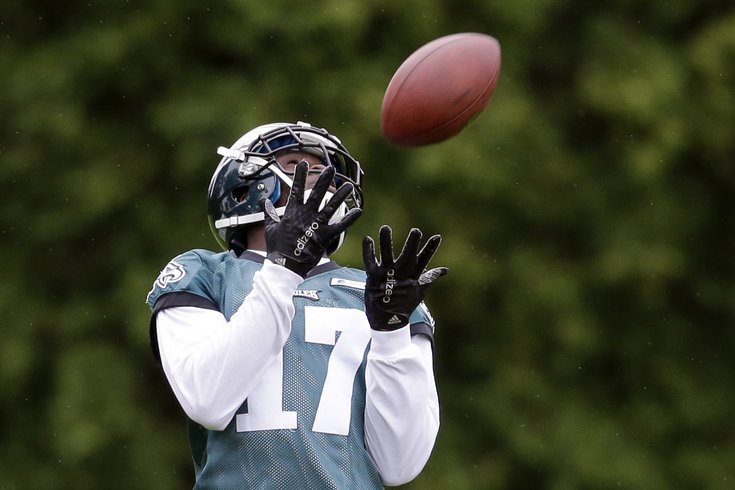 The next set of OTAs are underway, and Philly media once again had a chance to look in on practice. Chip Kelly, as usual during media-attended OTA practices, used the field as far away as possible from us (I don't blame him, for the record), so it was tough to get a great view of the action. Still, there were some observations that could be made, and here's what I saw:

• During the last OTA session, I said that Sam Bradford looked like a slightly more mobile version of a JUGS machine. His footwork was very deliberate, heavy-footed, and he seemed cautious with his movements. He's still not anywhere near where you would like to see him, but I thought his movements looked improved today. He looked a little lighter on his feet than he did last week. There was more bounce.

When Bradford lets it rip, he has a gun. And it's all arm.

• Mark Sanchez stunk this time last year. He has looked a lot better during these OTAs than he did a year ago. The Eagles' offense isn't very complicated, but no matter what offense you're moving into, it's going to be difficult for most quarterbacks to adapt immediately. It may just be a simple matter comfort, but Sanchez looks significantly improved from June 2014 to June 2015.

• Matt Barkley has looked improved as well. He delivered an accurate seam throw to Nelson Agholor, who went up and got it in between two defenders.

• Tim Tebow... eh. As noted above, it took some time for Sanchez to get going in this offense last offseason, and maybe Tebow is just taking some time to know where he's going with the ball as well as learning his receivers, but he has not looked very good so far. Plenty of misfires.

• As noted above, Agholor had a nice catch in traffic on a pass from Barkley. He also went up and outjumped a defender on a fade route from Tebow. It's early, but I've liked the way Agholor attacks the football in the air so far.

• Jordan Matthews is so fun to watch in practice. I think that stamina is a wildly underrated attribute for a receiver, and Matthews has it in spades. He has incredible energy.

• June prediction! Donnie Jones is going to win the punting job over Kip Smith. Poor Kip has no chance. Jones gets the ball out far quicker than Smith once he catches the snap. From catch to punt, Jones was averaging about 1.3 seconds per punt, while Smith was averaging about 1.5 seconds per punt. It may not seem like it, but a difference of 0.2 seconds is an eternity in the NFL. Smith would have multiple punts blocked per season at that speed. Smith's directional punting ability also seems virtually non-existent, while that may be Jones' biggest strength.

Otherwise, Jones has looked good. His 2013 was outstanding, but he fell off a bit in 2014. I timed the hangtime of a number of his punts today.

Ideally, Jones wants his hangtime to be around 5.0, which is an excellent time, but the consistency of the above times is good.

• Anytime you see a tight end make a play, and you look to identify the player's number, it's almost always Zach Ertz. The Eagles brought in three undrafted free agent tight ends after the draft concluded. None have impressed thus far.

• Eric Rowe had a nice interception of Tebow today. On a short bullet throw, Rowe instinctively got his hand up quickly and popped the ball up in the air before locating it and making the pick.

• A player I think the fans are going to love: Seyi Ajirotutu. We'll have more on him soon.

• For the 2 percent of you who care about this, I had some time to kill before practice so I did a seating chart of the Eagles' media room: 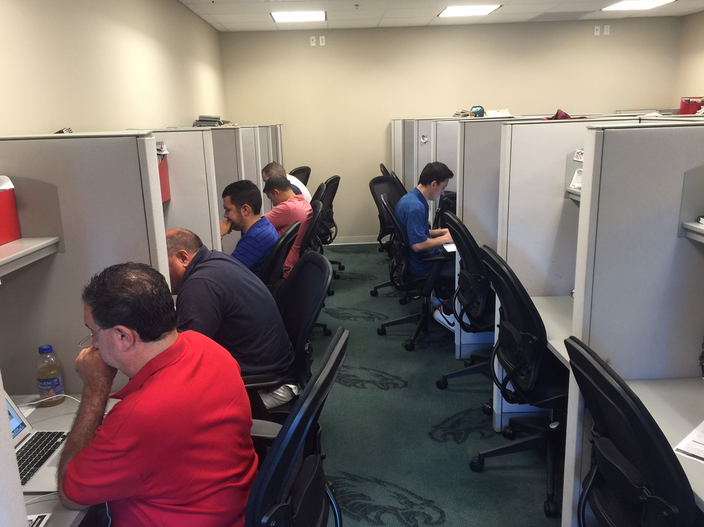