Eagles podcast: How much is Carson Wentz to blame for the Eagles' struggles? 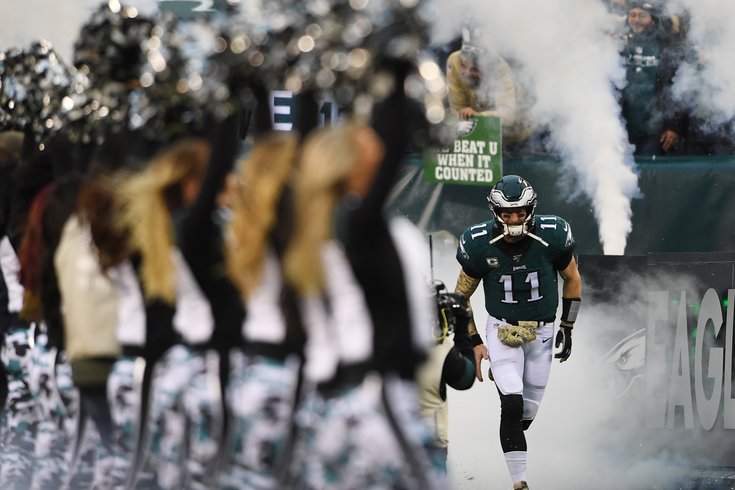 Is Carson Wentz still a good quarterback? Or should we throw him in a van, drive him out to West Virginia, and drop him off in the woods with some food rations and a survival kit? Brandon Lee Gowton and I discuss in the latest episode on BGN Radio, among other things.

State of the Eagles:

• The Eagles' mediocrity: 5-5 and 16th in point differential. Plus they're boring and not fun to talk about.

• Carson Wentz discussion: How much is he to blame? What is the level of concern with him moving forward? Who are these morons who claim Wentz doesn't get any criticism?

• How much is on the WRs, and how bad is Nelson Agholor?

• Just play J.J. Arcega-Whiteside already. How is Jordan Matthews getting the snaps he's getting over JJAW?

• Seattle not quite as good as 8-2 record? They've had a lot of close games.