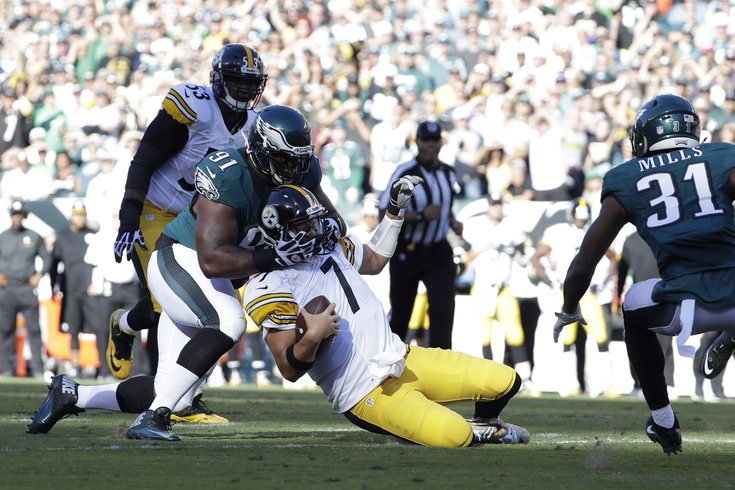 Meh. Maybe beat the Steelers by 80 and then we'll talk, Eagles.

As we know, power rankings are kind of pointless, but we click them anyway. Here's a roundup of where the Eagles "rank" a week after their impressive obliteration of the Pittsburgh Steelers.

Oh, and our equally meaningless NFC power rankings can be found here.

27: Rookie QB Carson Wentz has been great, but don't forget the defense in Philadelphia, which has allowed 27 points in three games. The last Eagles team to allow that few points in the first three games was the 1992 squad that went 11-5.

#JimmyNote: In Week 3, the Eagles dominated the Steelers on offense, defense, and special teams, but somehow the Steelers are ranked third, lol. Also, the defense has allowed 20 points, not 27, ESPN.

One of only two teams with last weekend off -- bye week light. But I wouldn't be surprised if the Eagles players REALLY didn't want the down time. This group was rolling, having just decimated a top-flight team in Week 3, with both the offense and defense firing on all cylinders. (Well, Ryan Mathews has been up and down, but you can't have it all.) So where does Philadelphia go from here? Well, at Detroit, at Washington, then home vs. Minnesota. Take two of those three, and this team is absolutely for real. By the time the Eagles square off with the Vikes' talented defense, there will be plenty of tape on Carson Wentz.

#JimmyNote: I would agree that most Eagles players would have preferred that the bye come later in the season.

How diversified is their offense attack? They have five players who are averaging five touches per game.

#JimmyNote: Hey, a stat I didn't know. Good on you, USA Today.

The Eagles have seven road games left, and there are some tough ones: at Detroit, Washington, Dallas, Giants, Seattle, Cincinnati and Baltimore. And they still have tough home games, like Minnesota, Atlanta and Green Bay. Carson Wentz and Co. will get tested often going forward.

#JimmyNote: Yes, we can all find the schedule pretty easily online, Yahoo.

Carson Wentz and the Eagles were on the sidelines this week due to their Week 4 bye, which is probably the only thing that could have cooled off red-hot Philly.

The big question moving forward is whether rookie quarterback Carson Wentz can keep it up. He looks like he can.

#JimmyNote: CBS has had an odd fascination with the Giants this year. After getting easily handled by the Vikings Monday night, the Giants actually moved up a spot.