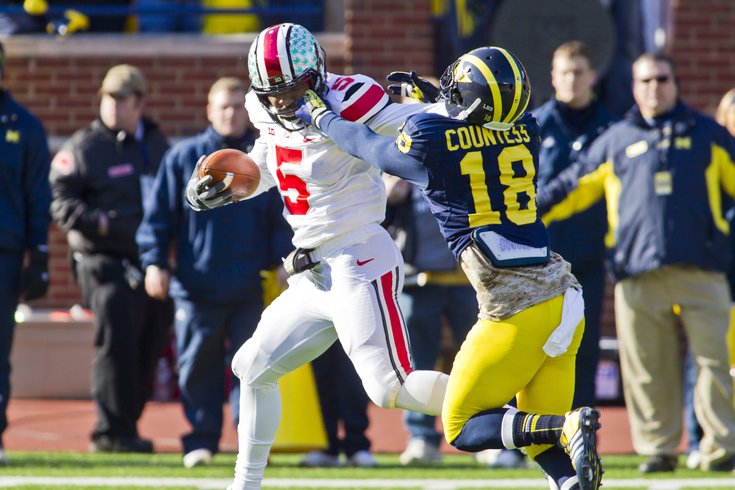 Before he eventually transferred to Auburn, Blake Countess had 6 INTs at Michigan in 2013.

Countess played corner, nickel, and safety for Auburn last season, and his team voted him the MVP of the defense, per Michael Niziolek of the Ledger-Enquirer.

Countess had an impressive pro day, again per Niziolek:

Countess had a 36 1/2 inch vertical jump, a 10’1’’ broad jump and 21 reps on the bench press. Countess was one rep shy of his personal record on the bench press. The 21 reps at 225 pounds would have tied him for first place at the NFL combine in his position group.

At corner, the Eagles have Eric Rowe, who will likely start after an encouraging rookie season a year ago, and then a logjam of corners in numbers thereafter.

Heading into the draft, the Eagles' depth chart at corner looked something like this:

Certainly, the Eagles could stand to bolster the corner position. At 5'9, Countess will likely compete for a job at the nickel spot, and he may even get a look at safety.