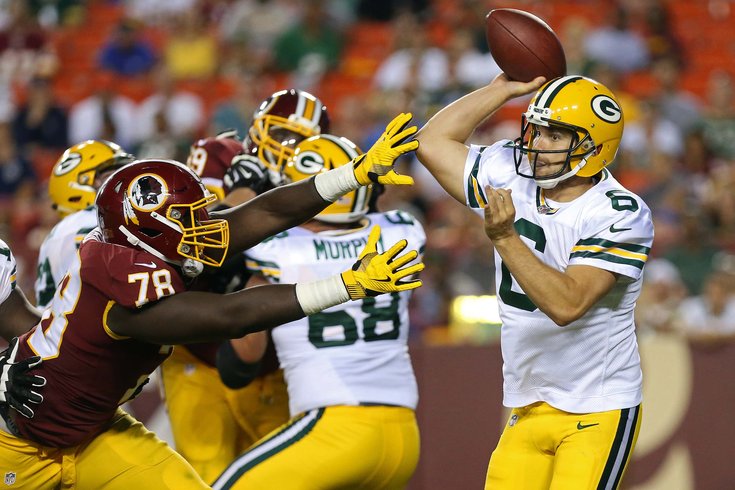 While on the surface, the move may be somewhat confusing given the Eagles' endorsement of Nate Sudfeld following Carson Wentz's injury, it's actually because of that injury to Wentz that the Birds likely signed the former Division III quarterback from Wesley College in Delaware.

With Wentz expected to be out until at least the start of the regular season, Doug Pederson will need someone to take those extra practice reps this spring and summer. Enter Joe Callahan.

Callahan, 24, is likely nothing more than a camp arm for the Eagles. Carson Wentz, Nick Foles, and Nate Sudfeld all rank ahead of him on the depth chart.

So why sign Callahan if he doesn’t have a chance to make the team? It’s all about reps. Wentz isn’t expected to participate in spring practices as he recovers the knee injury he suffered last season. It also sounds like the team won’t risk playing him in the preseason, which, duh. Having Callahan around helps to lighten the load on Foles and Sudfeld this offseason.  [bleedinggreennation.com]

Callahan, who was born in Cape May Courthouse, N.J., and went to Holy Spirit High School in Absecon according to his NFL.com bio, has just five regular season completions in his two-year career, but in eight preseason games, he's thrown for 611 yards on 67-for-109 (65.1 percent) passing with three touchdowns and no interceptions (85.8 passer rating).

During his rather active but short career as a pro, Callahan has been signed five times, twice by the Packers and also very briefly by both the Saints and Browns.