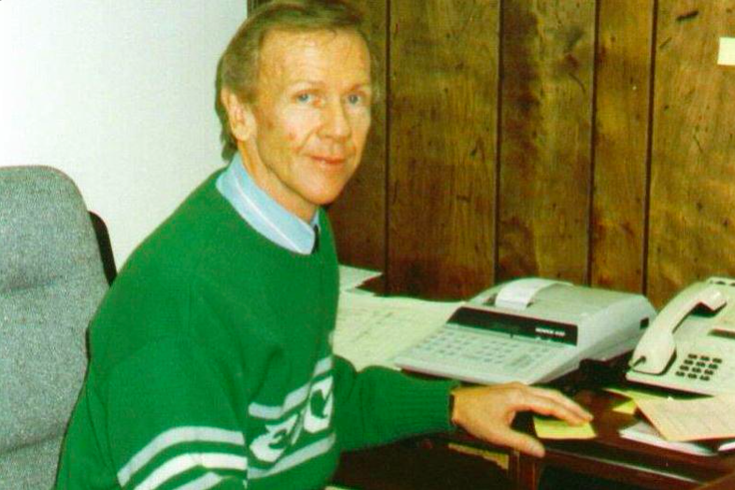 Longtime Eagles ticket director Leo Carlin will retire at the end of April.

The Philadelphia Eagles announced Wednesday the retirement of longtime ticket director Leo Carlin at the end of the month.

Carlin, a North Philadelphia native, began selling tickets for the Eagles in 1960. After 55 years, five franchise owners and 14 head coaches, he will end his run in the Eagles’ ticket office.

“It’s a ride I wouldn’t trade for anything else,” Carlin said in a statement. “It’s magnificent. It has been so much fun. Fifty-five years. I keep saying it to myself because I just can’t believe it. Fifty-five years …”

The longtime team ticket manager oversaw the 1960s years at Franklin Field and then transitioned those fans to the state-of-the-art, multi-purposed Veterans Stadium (and back again to Franklin Field for one more year when Veterans Stadium wasn't ready for the start of the 1970 season) and executed the monumental task of housing the fans at Lincoln Financial Field when it opened in 2003.

Carlin, who has seven children and 22 grandchildren, is known for the way he conducted business and interacted with fans.

“The very fact that a fan would walk up to me and want to shake hands with me so that they could thank me just blows me away," he said. "It always has. I take all of that to heart. I really do. If I had to leave a message to the fans, it would be that I cared, and that I tried for each and every one of them. That’s what matters.”

Carlin was inducted into the franchise’s Hall of Fame in 2012.

After 55 years longtime ticket director, #Eagles Hall of Fame inductee Leo Carlin will retire at the end of April. pic.twitter.com/wVLoopv7PN

“It’s a ride I wouldn't trade for anything else." http://t.co/5i3zkWp2Vx pic.twitter.com/fyjFwMIy8U