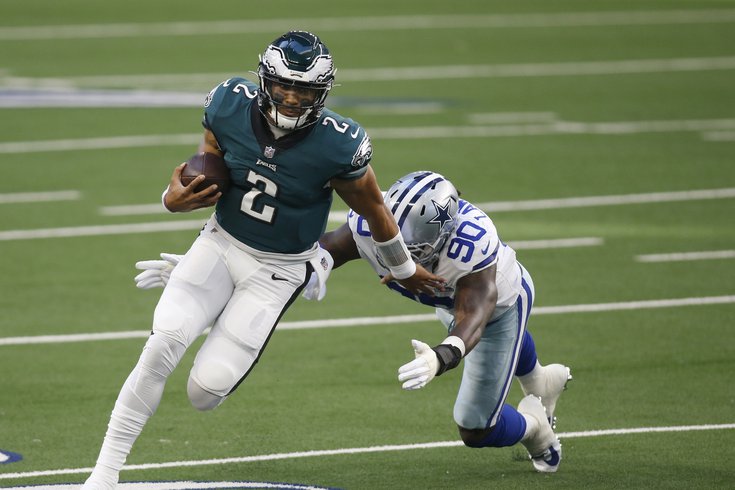 Dallas Week is here and it's bringing out the 🔥 in everyone. Jason Peters chimed in about Eagles fans as someone who's now on the Cowboys. Cowboys defensive end DeMarcus Lawrence is getting in on the action too:

“Has he played us?” Lawrence asked. “All right.

“All you need to write is be hasn’t played the Cowboys yet, so we don’t know how good he is.”

Lawrence added that the Eagles offense would be a good challenge, arguably the best they’ve played this season.

“But also, we Dem Boys,” Lawrence said “Remember that. Don’t worry about it.

“Y’all will see it in Sunday.”

If you ever hear someone say, "We 'Dem Boys," in public, run away as fast as humanly possible. They will not be able to catch you in their 14-inch inseam jorts. A Cowboys crowd is a horror show mix of the Gathering of the Juggalos attendees who are hopped up on Monster Energy.