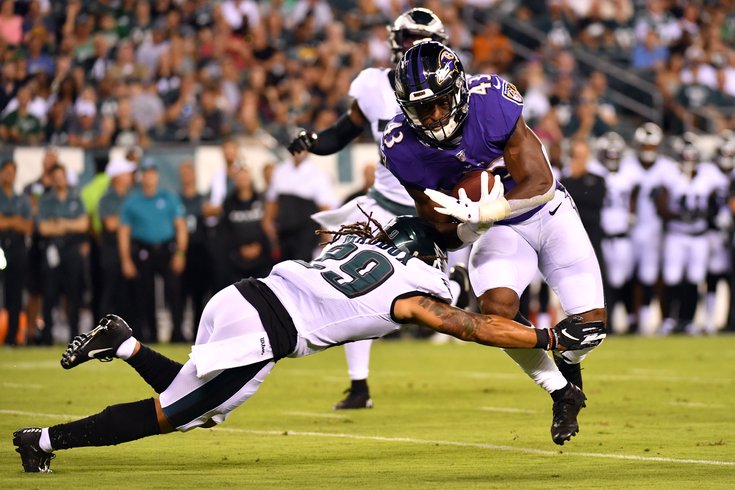 Philadelphia Eagles football is on to Week 3 of the preseason, and the Birds will face Lamar Jackson (maybe) and the Baltimore Ravens. Carson Wentz probably won't play, like he hasn't all along in the preseason, and it's not anticipated that the rest of the offensive starters will either. Still, we'll all watch, because that's what we do.

Will newbie Josh McCown play? And if so, would it be wise to expose him for very long behind the Eagles' second-team offensive line? What fringe roster guys will stand out and make a case for the 53-man roster, and which mainstays are fighting to keep their jobs?

MORE: 5 things to watch in Eagles' third preseason game vs. Ravens | Five over/unders for Eagles vs. Ravens | Natalie Egenolf: With no preseason prep, how much leeway should Wentz be given this season?

We answered some of those questions this morning, and more, in case you missed that. Feel free to discuss the game below.