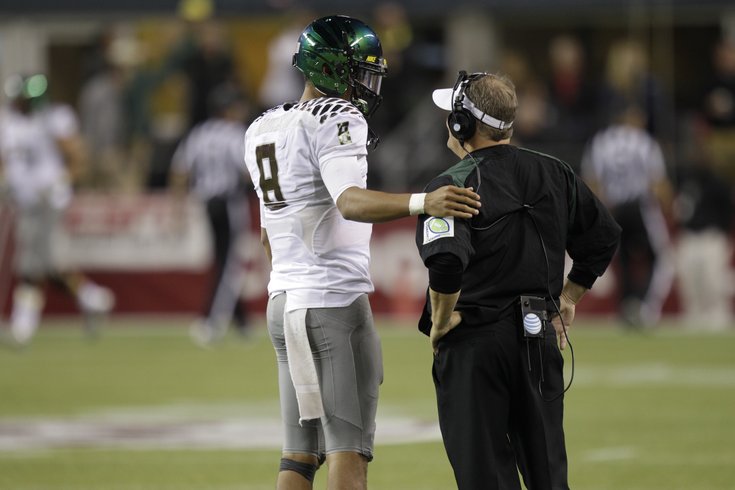 "Feel free to trade for me, Chip, but please make sure there are a few good players left after you sell the farm."

Yesterday, we summed up the Eagles' 2015 offseason in stick figure form (below), both in terms of what has already happened and what we might expect going forward: 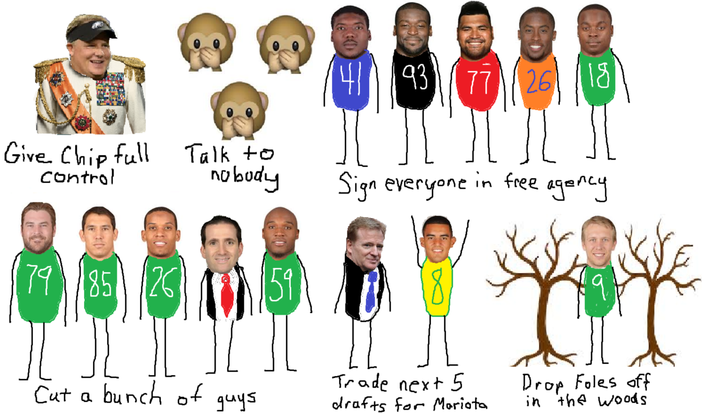 Every day, with little things I hear, evidence continues to build that the Eagles are going to make a strong play for Marcus Mariota. To note, this is something I had previously thought to be unrealistic, so as bits of information have trickled in, they've been absorbed on my end with skepticism. But it appears the Eagles are determined to get their guy.

Butt-covering disclaimer: Of course, definitively forecasting something like this is a lot different than, oh, saying the Eagles were moving on from DeSean Jackson. That was something that was completely within the Eagles' control, and thus, much easier to definitively report. Forecasting an Eagles trade that would land them Mariota is extremely difficult, considering the high number of variables and other teams involved. In other words, while the Eagles want Mariota and seem determined to make it happen, this is not a slam dunk.

The Eagles are going to sign everyone in free agency. It's science.

The tea leaves say the Eagles are going to be big players in free agency. Let's do some free agency math:

The Eagles have no shortage of holes on their roster that require an immediate upgrade, especially at CB, S, arguably OG, and possibly ILB, OLB, QB and WR depending on how situations play out with players already on the Eagles' roster.

The Eagles have the cap space to make whatever moves they need to make.

The Eagles already cut a pair of positively contributing players (James Casey and Todd Herremans) to clear even more cap space, and they're likely to release more players or get them to take pay cuts.

If the Eagles believe they can get a deal done for Mariota, it is going to cost them a boatload of draft picks, both this year and in the future. They're going to have to offset the loss of those picks with young players in free agency, which is going to be costly, but necessary.

Get ready for an active free agency period.

Any trade for Mariota would almost certainly include Nick Foles, right?

That'd be logical, but... Nope, not necessarily.

If you're an Eagles fan, this offseason could be simultaneously fun and terrifying.