Eagles weather update: Will Birds, Packers be dealing with rain and slop?

How will the weather be for Sunday Night football in Philly? 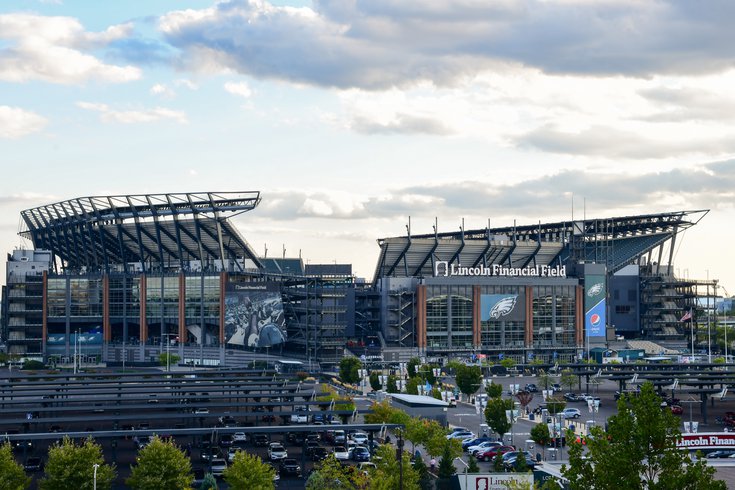 The Eagles and Packers are slated to kickoff around 8:20 p.m. Sunday night, and if you check out the hourly forecast, it looks like it could be a wet one.

Rain is forecast throughout the Philadelphia area, with a 100% chance of showers at 2 p.m., and a slowly diminishing probability of rain each hour after.

According to the National Weather Service, the rain could continue until kickoff, with a 42% chance of showers at 8 p.m. However, it does appear that the wet conditions could clear up shortly after, with just a 20% chance of rain at 9 p.m., and a 6% chance at 10 p.m. The second half seems likely to be played in dry conditions.

There also could be a little wind, as forecasts see there being sustained gusts around 13 mph when things kickoff.

Your tailgate will need to be covered or you will likely be miserable.

But, the field will likely be in decent shape as the Eagles grounds crew will have the field covered for most of the day's rain.

The temperature will also be pretty warm at kickoff, an unseasonably comfortable 59 degrees.

If you're heading to the game, you might honestly be in pretty good shape with a hoodie, and perhaps a poncho in case the rain continues later than expected.

The weather doesn't really seem like it will benefit one team more than the other. The Packers, if they're smart, will be trying to keep the ball on the ground anyway — in an attempt to replicate the Commanders' run-first gameplay that handed Philly its first loss of the season a few weeks ago.

The Eagles defense will need to slow down A.J. Dillon and Aaron Jones first. The offense will hopefully be able to make use of Miles Sanders on the ground as they try and keep the ball out of Aaron Rodgers' (injured) hands.

Sunday Night Football will air on NBC10 at 8 p.m.