Starting your day an hour earlier could reduce risk for depression, according to a new study 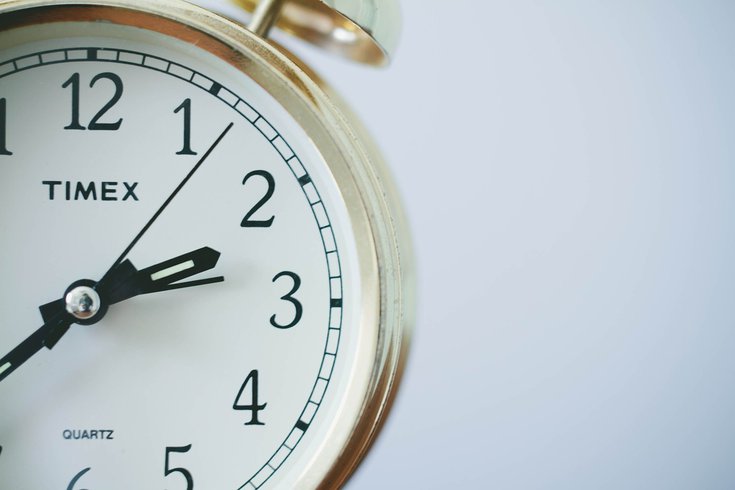 People with the genetic variants that predispose them to earlier wake-ups have a lower risk of depression, new findings show.

Just a small change to your daily routine – waking up an hour earlier every day – could reduce your risk of major depression by 23%, new research shows.

Researchers at the University of Colorado-Boulder and the Broad Institute of MIT and Harvard found that chronotype, a person's natural inclination to sleep at a certain time, influences depression risk.

"We have known for some time that there is a relationship between sleep timing and mood, but a question we often hear from clinicians is: How much earlier do we need to shift people to see a benefit?" said Celine Vetter, assistant professor of integrative physiology at the University of Colorado-Boulder.

"We found that even one hour earlier sleep timing is associated with significantly lower risk of depression."

People tend to be either early risers or night owls or fall somewhere in the middle. Previous observational studies have found that night owls have almost double the risk of developing depression than early birds, regardless of how many hours they actually slept.

Another study of 32,000 nurses suggests that early risers were up to 27% less likely to suffer from depression over a four-year period, but researchers had difficulty determining the best way to define what makes a person an early riser.

Direct cause and effect relationships also have been difficult to decipher because mood disorders, like depression, can disrupt sleep patterns, the researchers said.

For this latest study, Dr. Iyas Daghlas and his team analyzed data from the DNA testing company 23andMe and the biomedical database UK Biobank to examine genetic associations that may better explain the relationship between sleep timing and mood.

There are more than 340 common genetic variants that influence a person's chronotype and about 12-42% of sleep timing preference is based on genetics, the researchers said.

The analysis included genetic data on up to 850,000 individuals, 85,000 of whom wore sleep trackers for 7 days. About 250,000 of the study participants had also filled out sleep preference questionnaires.

In the largest survey sample of the study, almost a third of the participants self-identified as early risers, 9% were night owls and the rest fell in the middle. On average, the participants said they went to bed at 11 p.m. and got up at 6 a.m.

Based on all the data available, which also included medical and prescription records and surveys on major depressive disorder, the researchers found that people with the genetic variants that predispose them to wake up earlier also have a lower risk of depression.

Specifically, they found that each one hour earlier sleep midpoint – the halfway point between going to bed and waking up – was associated with a 23% lower risk of major depressive disorder.

What this means is that if a person who normally goes to bed at 1 a.m. instead goes to bed at midnight and sleeps the same amount of hours they normally do, they could curtail their risk of developing depression.

Any benefits of early risers getting up even earlier wasn't clear, the researchers said, but people who fall into the intermediate or night owl range could see mood improvements from going to bed earlier.

Daghlas said that the next step would be a large randomized clinical trial to confirm the link between going to bed early and reduced risk of depression.

Vetter added, if you want to switch to an earlier sleep schedule, "keep your days bright and your nights dark."

She recommends having your morning coffee on the porch and dimming electronics in the evening.

Other ways to reduce depression risk

Psychologists stress that it is important to be aware of factors in your life that may elevate your risk of developing major depression.

Family history can play a role, and so can high levels of stress and major life changes. Chronic physical illness, anxiety and inadequate social support can also increase your risk.

Mental health experts advise the following strategies for the prevention and treatment of depression:

If you are feeling symptoms of depression that include persistent feelings of sadness or hopelessness, call your health care provider for a mental health evaluation.