The long-abandoned wing will open to the public on Friday, May 5 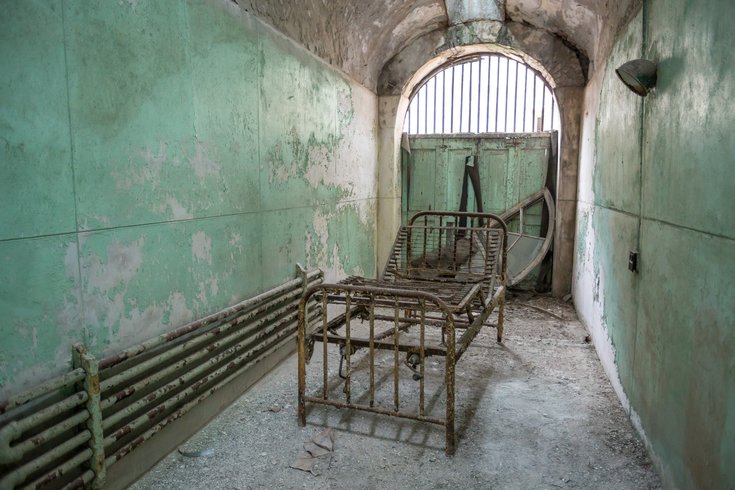 Solarium cells like this one were used for inmates with tuberculosis. Although metal bars contained the inmates, these cells often featured a set of doors that inmates could open to let in sunlight.

While some visitors may have seen the prison's operating room from 1910, the rest of Cellblock 3, also called the Hospital Block, has never before been available for tours.

On Friday, May 5, the long-abandoned wing will finally open to the public. Fifteen-minute guided tours will be offered several times a day and will be included in the cost of general admission.

On the tour, visitors will travel through history to a time when tuberculosis was Eastern State's greatest public health crisis, forcing the prison to dedicate a wing solely to medical care. Half of all deaths in the prison could be attributed to the disease. 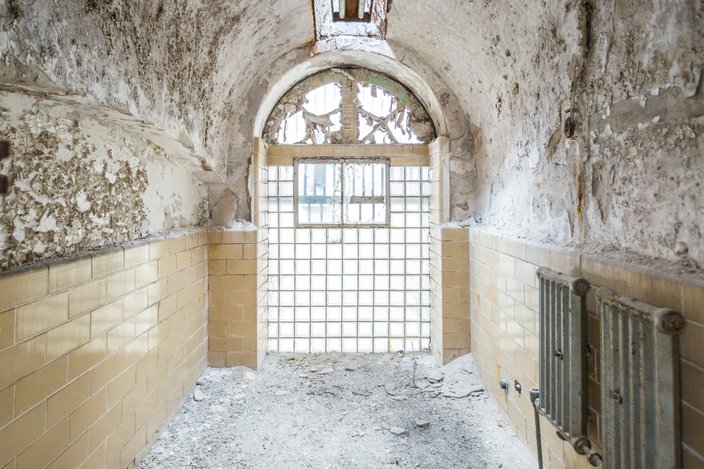 It was once believed in the medical community that fresh air and sunlight helped patients with suffering from tuberculosis, thus many rooms in Cellblock 3 had large windows or doors to allow sunlight in.

"One of the youngest prisoners to ever come here, Mary Ash, was also probably the youngest person to die within the walls. She died from tuberculosis at the age of 13. Incarcerated for arson," Murphy shared.

"Most medical theory [in the 19th century] believed that fresh air, sunlight, special diet and moderate-to-mild exercise was the best treatment. Today, doctors would not recommend exercising."

A gymnasium was installed in 1886 and Eastern State has accounts of prisoners exercising together with masks on.

Visitors to the Hospital Block will see cells for the tuberculosis-ridden from 1911 and 1899 when touring the wing, but will also see more recognizable hospital facilities from the mid-20th century. 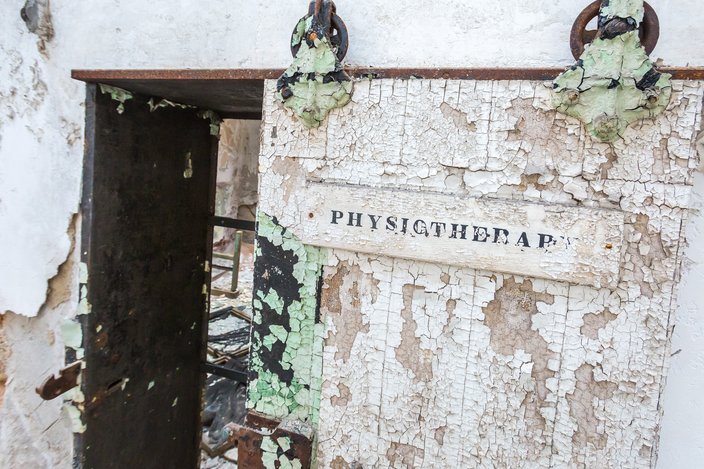 The Physiotherapy room in Cellblock 3.

The prison has an X-ray technician room, a hydrotherapy room, a laboratory, an operating room and psychiatric observation cells with thick metal doors and observation windows.

The lab was used to test for sexually transmitted diseases, mainly syphilis and gonorrhea, which were big concerns at the turn of the century.

In 1903, the hospital was described as "complete and modern" for the times. Looking at the operation room, though, it's hard to image it clean and sterile.

PHOTOS: More images from inside Cellblock 3 at Eastern State

Today we know that corners, seams in the floor and grouting in tile are bad things to have in an operating room since bacteria can grow there, but during the time it was a total update from what was previously used -- a stripped out cell.

"It was good enough for Capone. Al Capone had his tonsils removed in 1929 and we think he also had a second procedure. It might have been a circumcision, which was being tested out as a possible remedy or prevention for syphilis." 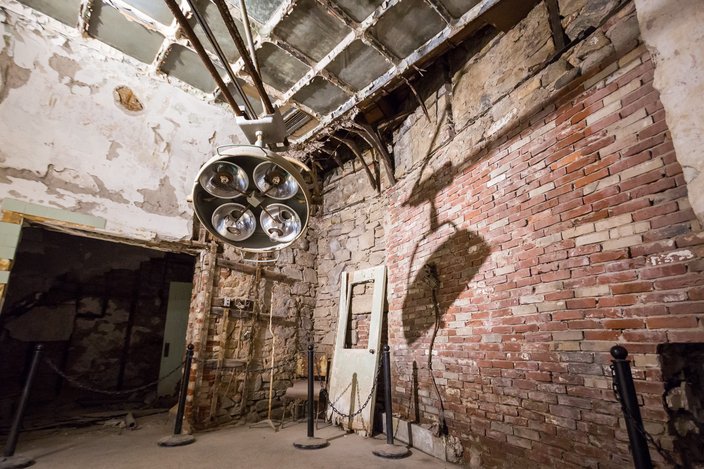 According to medical records, Al Capone had his tonsils removed in this operating room in Eastern State Penitentiary's Cellblock 3.

Amongst the mid-20th century facilities is also a "scary reminder of Eastern State's early years."

Across from the psychiatric department is a small, box-like structure on the wall, called a feeding hole. It was used by guards to deliver inmates meals, thus minimizing the interruption of a prisoner's solitary confinement. The feeding holes can only be seen in Cellblock 3 at the historic prison.

In honor of the Hospital Block finally opening to the public, there will be a special reception from 5 to 7 p.m on May 5. Attendees can tour the wing for free and celebrate with a beer from Yards Brewing Co.

The prison is located at 2027 Fairmount Ave.