These women are living healthy and sharing their eating disorder experiences 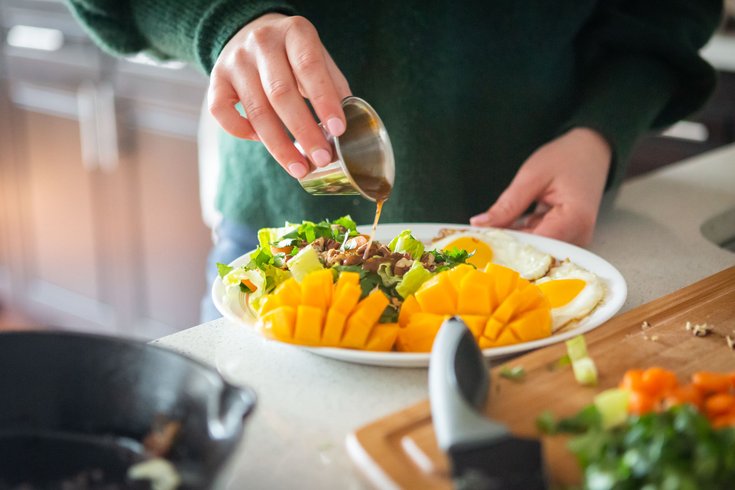 While pop culture has distanced itself from the waif-ish beauty standards of the late-1990s and early 2000s — the days of “nothing tastes as good as skinny feels” — a whopping 30 million people of all ages, genders, shapes and sizes suffer from eating disorders in the United States. Eating disorders are serious and sometimes fatal illnesses that cause severe disturbances to a person’s eating behaviors. Food, body weight and shape obsessions may also indicate an eating disorder, reports the National Institute of Mental Health.

Reportedly, every 62 minutes at least one person dies as a direct result from an eating disorder. It is perhaps not surprising then that eating disorders have the highest mortality rate of any mental illness, according to the National Association of Anorexia Nervosa and Associated Disorders (ANAD).

While anorexia nervosa and bulimia nervosa are probably the most familiar eating disorders, there are other categories of disordered eating. Nearly three percent of American adults suffer from Binge Eating Disorder (BED) in their lifetime and there’s also Other Specified Feeding or Eating Disorder (OSFED), which includes symptoms of atypical anorexia nervosa (anorexia without the low weight), bulimia or BED with lower frequency of behaviors, purging disorder, and night eating syndrome, according to ANAD. 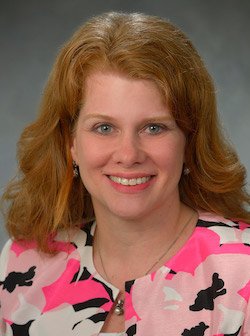 Dr. Kelly Allison is the co-director for Center for Weight and Eating Disorders.

While many triggers can “cause” or lead to the development of an eating disorder, there’s a genetic basis for eating disorders that can make certain people more likely to experience struggles with food and body image, Dr. Kelly Allison, director of the Center for Weight and Eating Disorders in the Perelman School of Medicine at the University of Pennsylvania, tells PhillyVoice.

Other main triggers for eating disorders include stressors such as a change in relationship, like a breakup or divorce, or a change of lifestyle, like going away to college, Allison says. During these times, she notes, people begin to feel overwhelmed and often turn to food for a sense of either comfort or control. This can lead them to begin dieting or restricting their food intake, and so the pattern of disordered eating commences and the vicious cycle begins.

“It becomes a big problem in and of itself, instead of helping to solve another problem,” Allison says.

With the prevalence of eating disorders in the country, the National Eating Disorders Association (NEDA) promotes awareness year-round, but especially during its annual Eating Disorder Awareness Week, being recognized this week through Sunday. The 2019 theme – “Come as You Are” – aims to validate the stories told by those in all stages of body acceptance and eating disorder recovery.

“We aim to start conversations with a variety of communities that struggle at comparable rates to those traditionally thought of as struggling with eating disorders. We hope to offer them an opportunity to share their stories, see themselves in others’ stories, and recognize that their experiences are valid and welcome, no matter where they are in relationship to food or their bodies,” the NEDA’s website reads.

Despite programs promoting acceptance, more than 70 percent of those who suffer eating disorders will not seek treatment due to stigma, misconceptions, lack of education, diagnosis and lack of access to care, according to the Eating Recovery Center.

That said, statistics show that up to 80 percent of patients who receive and complete eating disorder treatment will recover or improve significantly, the Recovery Center states.

No one knows this more than Erin Morrissey and Anna Chiodo Ortiz, two local bloggers and Instagram influencers who are proudly (and healthily) recovered from eating disorders and share their journey with their followers. 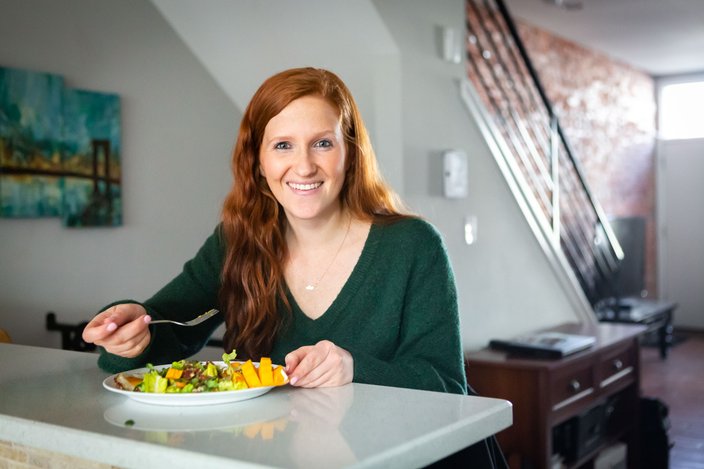 Erin Morrissey runs a successful blog, Erin Lives Whole, which is “all about living life as balanced and positive as possible,” where she shares healthy recipes and real-life experiences with her 83,000 Instagram followers.

Anna Chiodo Ortiz is a Philadelphia native studying at Bucknell University, where she is a track and cross country star. While she’s open about her struggles with body image and her relationship with food, her goal is to change the way eating disorders are talked about, as she told Philly Mag.

Of course, these are just a few Philadelphians who are “ED-recovered.” There are many more who lack a platform or the confidence to share their story. That said, Morrissey and Chiodo-Ortiz have all made the most of their social media followings to share their stories, and work to normalize the conversation surrounding eating disorders.

PhillyVoice talked to each of these ladies to get their advice for living a healthy life “after” their eating disorder. Here, they tell how they have stayed healthy and happy following their treatment and recovery – and Allison adds her perspective, as well.

DROP THE 'ALL OR NOTHING' ATTITUDE

“The toughest part about living a healthy life after an eating disorder is remembering that it’s OK to live in the “gray area,” where some days you’re going to eat more than others, and that’s OK. The next day, when there’s nothing special going on, your body will adjust to that. There doesn’t have to be a “perfect” day of what your eating looks like, your eating is going to vary from day to day and it’s best to try to accept that.” — Dr. Kelly Allison

WORK TO FIND A BALANCE, EVEN IF UNCOMFORTABLE AT FIRST

“I used to feel like I had to work out every single day, but while recovering I encouraged myself to take rest days, which eventually got easier with each one. I've now created a relationship with exercise where I can rest if I'm tired and still can workout when I feel good without overdoing it.” — Erin Morrissey

“Just because I'm 'recovered,' doesn't mean those irrational eating disorder thoughts go away completely. Unfortunately, I still experience some anxiety surrounding food, my body, and exercise. In order to grow as a person, it's important to constantly force yourself out of your comfort zone. It sucks, but challenging yourself to overcome certain discomforts eventually becomes easier and easier – until those fears aren't so scary anymore.

“For example, I used to NEVER wear leggings unless my butt was covered. I can be pretty self conscious about my thighs, so covering them as much as possible made me feel safe. Lately, though, I've challenged myself to wear leggings without worrying about having an oversized T shirt on. After a few times I can truly say that I've gained some more self confidence and I don't question the shirt I choose to wear that day even though I have leggings on.” — Anna Chiodo Ortiz

“Whether that is with a therapist, a friend, a parent – I found that some of my most challenging days were ones where I was holding it all in. You aren't bothering anyone by sharing! Anyone who is a big part of your life will be grateful that you reached out.” — Erin Morrissey

PRACTICE WHAT YOU PREACH, AND VICE-VERSA

“Not sure if that lil’ slogan made sense, but language can have a huge impact on how I feel and how I make others feel. What I mean by this, is that certain words surrounding mental health are often thrown out in conversations without thought or consideration. It's understandable though, as some people are simply uneducated in this realm. As someone who has experienced anorexia, bulimia, depression, anxiety – the works...I now am very sensitive to what I say and how I say it.

“For example, say you're at Thanksgiving dinner with a bunch of family members who aren't aware of your eating disorder past — or they are but they still don't know the impact certain phrases and words can have. Nothing's worse than an uncle saying to you: "Aren't you an athlete? Are you allowed to have carbs?" or "Wow, Anna, going for thirds?" or even "I can't wait to burn off these calories tomorrow." Stuff like that can be VERY triggering to someone struggling. I make sure never to comment on my own body in public or certain eating behaviors. You NEVER know who is taking to heart what you're saying and making a direct comparison to themselves.” — Anna Chiodo Ortiz

TAKE TIME FOR YOURSELF!

“Recovery is hard. It’s exhausting and no one really understands it but you. Don't feel guilty about saying no to plans, adding a little more self-care into your routine, or doing something each day that is just for you.” — Erin Morrissey

THE WORK IS WORTH IT

“You're going to have tough days, weeks, maybe even months, but that doesn't mean you failed at recovery. Use those times as motivation to push forward even harder in the next few months. The real work is done in recovery. I personally believe that's the hardest part of an eating disorder, but it can be done!

“Remember that there is a brighter, happier life on the other side. I used to think there was no chance that I would ever fully recover, but I did. I did the hard work, I took time for myself, communicated my feelings, gave myself grace and it happened.” — Erin Morrissey

“I truly believe intuitive eating is what everyone needs to adapt. What does it entail? Listening to your body. Craving a cookie? Eat a cookie. Feeling hungry? Eat. Feeling hungry even though you just ate dinner? Have a snack. Our body is incredible — and it's about time we all treat our bodies with respect!

“Limiting yourself of certain foods will only lead to a binge in the future. Dieting is unsustainable, but intuitive eating is what will have the best impact long term. Fuel your body with rich, nutrient dense foods, but don't forget to eat the foods that nourish your soul too.” — Anna Chiodo Ortiz

“While this is very difficult in our society, try not to be around people — or speak up — when they are talking about appearance too much, or are evaluating others by how they look or their size. Even try to tell your friends, family and loved ones that you don’t feel comfortable talking about that, or figure out ways to change the topic so that you are not triggered.” — Dr. Kelly Allison

“I can't express the impact this has had on my recovery and my life. I used to weigh myself pretty much daily, and that number would ALWAYS dictate my mood that day and what I would allow myself to eat. It's so important to remember though that our bodies are in constant fluctuation. Different foods, hormones, sweat, and so much else can have an impact on our body weight. The number has zero representation of self worth and beauty.” — Anna Chiodo Ortiz