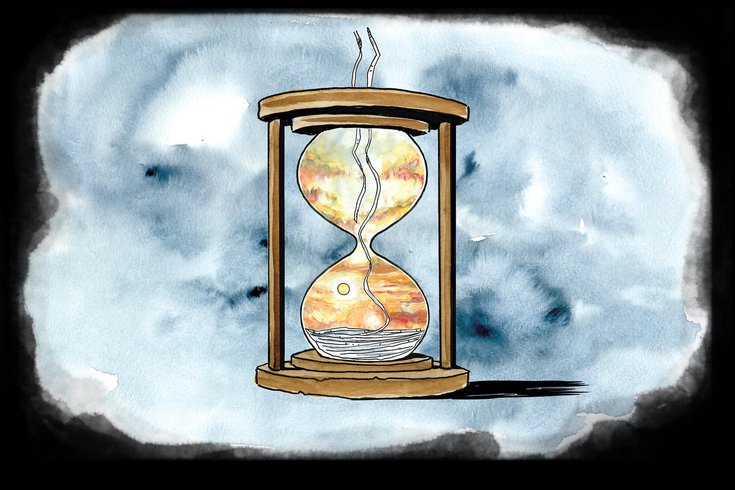 Eddie Vedder's new "Matter of Time" EP features an acoustic cover of "Growin' Up," the Bruce Springsteen classic that appeared on his 1973 debut album, "Greetings from Asbury Park, New Jersey."

Pearl Jam has had a busy 2020 with the March release of their 10th studio album, "Gigaton," and now an the "Matter of Time" EP from frontman Eddie Vedder, released on Christmas Day.

Last month, Vedder released two tracks — the eponymous "Matter of Time" and "Say Hi" — but the rest of the EP features at-home acoustic covers of several Pearl Jam songs and a cover of Bruce Springsteen's "Growin' Up."

RELATED ARTICLE: The best things about Bruce Springsteen's new album, 'Letter to You'

The song originally appeared on Springsteen's debut album, "Greetings From Asbury Park, New Jersey," in 1973. It's a lyrical burst of memories about Springsteen's rebellious youth and swagger. Springsteen also recorded an acoustic version of the song that appeared on "Tracks," "18 Tracks" and "Chapter and Verse."

Vedder does "Growin' Up" ample justice on "Matter of Time," capturing the song's energetic spirit while making it his own reflective piece.

The song previously has been covered by Any Trouble, John Hammond, Jr., Portastatic, The Bouncing Souls and Alvin Stardust.

Earlier this week, both Springsteen and Vedder participated in a "Stand With Teachers" livestream event presented by TeachRock and Steven Van Zandt. Vedder gave fans a preview of the "Growin' Up" cover for the benefit, but now they can enjoy the recording on Christmas.