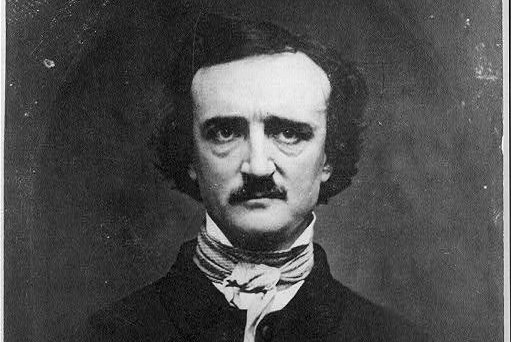 Edgar Allan Poe died on Oct. 7, 1849, not long after 'The Raven' author was found delirious. But Poe's death likely was not suicide, as some have theorized, according to a study by linguistics experts who analyzed his writing.

Edgar Allan Poe died on October 7, 1849, just days after being found delirious, lying in a ditch and wearing someone else's clothes.

The poet's mysterious death has captivated people ever since. Various theories about his death have been offered, ranging from syphilis to alcohol poisoning. Without medical records or an autopsy report, it's hard to know exactly what happened to "The Raven" writer, but one researcher is trying to rule out one theory — suicide.

Dr. Ryan Boyd at Lancaster University in England analyzed more than 300 personal letters from the author, as well as 49 poems and 63 short stories. He compared the linguistic cues in his writing to that of language patterns consistent with patients who exhibit depression and suicidal thoughts.

Poe, who spent time living in Philadelphia, allegedly had attempted suicide a year before his death by taking four doses of a common opioid, laudanum. He also struggled heavily with alcoholism prior to his death. Charles Baudelaire, a contemporary poet who translated Poe's work into French, claimed his death was "a suicide prepared for a long time."

Despite his personal issues and the darkness in his literary work, Poe did leave suicidal cues in his writing, Boyd found. Previous research has shown that people who are depressed and suicidal tend to have a particular language pattern – and that was missing from Poe's work.

Still, Poe's writing did reveal bouts of severe depression. It peaked at various times, including 1849 – the year he died – and in 1843 and 1845, which, oddly enough, were his two most successful years as a writer. He also suffered greatly following the death of his wife, Virginia Clemm, in 1847.

Boyd found that Poe's personal letters revealed this depressive language. Yet, his short stories and poetry lacked it – except for "The Lighthouse," which was incomplete at the time of his death.

"My hunch is that he was indeed spiraling into a depression toward the end of his life, but that he didn't kill himself," Boyd said.

The days leading up to his death are just as mysterious as the causation.

On Sept. 27, 1849, Poe reportedly left Richmond, Virginia to travel to Philadelphia, where he lived with his wife and her mother, Maria Clemm, from 1838 to 1844. But he never made it to Philly.

Instead, Poe was found delirious outside of an Irish pub in Baltimore, Maryland on Oct. 3. His clothes were inconsistent with his usual style. He was taken to a hospital where he died two days later.