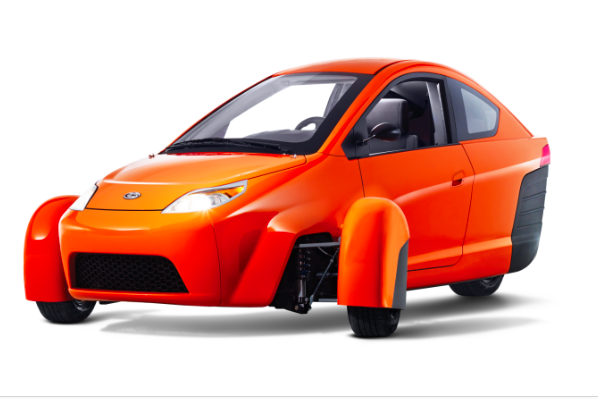 A 3-wheel hybrid between a car and a motorcycle is another step closer to production after Louisiana-based Elio Motors raised $37 million through a provision of the JOBS act allowing companies to crowdfund from anyone in return for a stake.

The company, founded in 2008, hopes to retail the vehicle for $6,800, a significant long-term savings over a car in light of its potential to get 84 miles per gallon.

According to TechCrunch, the company has already received about 45,000 pre-orders, but it hasn't been able to start manufacturing the cars because it needs about $300 million to start production. Elio Motors founder Paul Elio said that since Private Equity won't make pre-revenue investments and VCs see the project as too big for a return, he turned to the SEC's new Regulation A+, which enables non-accredited investors to fund private start-ups.

Under the new regulation, officially launched June 19th, companies enter a "Test the Waters" phase during which they can advertise and take non-binding pledges. Once companies get a sizeable investment, they submit a form to the SEC and submit to a full financial audit. When the company gains approval, it can collect its money and investors receive common stock and a place at the corporation's cap table.

To make up for a major chunk of what's left to raise, Elio Motors has applied for an $186 million ATVM loan from the Department of Energy, which has previously funded projects by Nissan, Tesla and Ford.

Check out how the latest prototype drives in the video below.