Entrepreneurship for artists: UArts offers free course on turning creativity into a business 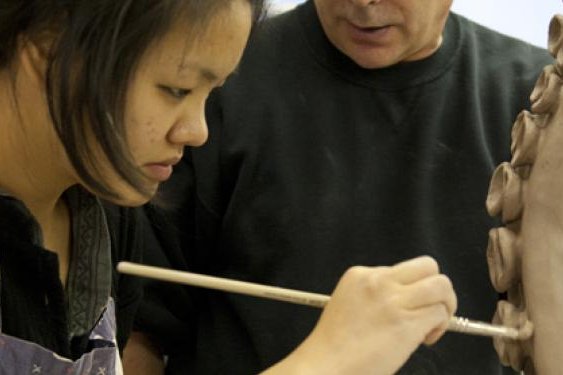 The University of the Arts is offering a free course to the general public on art and entrepreneurship.

Calling all creatives: the University of the Arts is teaming up with the Free Library of Philadelphia to offer a free two-week boot camp on entrepreneurship for artists, performers, designers and anyone else who wants to turn their creative abilities into a business.

Best of all: at the end of the course, participants will compete for grants of $1,000 to $5,000 to help fund their business ideas.

"(The course will) include people throughout the community who want to begin to think about how to take an idea and shape it as a potential business for themselves," said Neil Kleinman, director of the university's Corzo Center for the Creative Economy.

While the University has offered this kind of course before to its students and alumni, this is the first time that seats will be available to the general public as well. There are 20 seats available, with an application deadline of November 20.

The program will involve 15 hours of classes spread over six days in January, a "demo day" where students can pitch to potential clients and ongoing support from the Corzo Center.

"We're going to be showing, teaching them how to develop their value proposition, their market strategy (and) give them an understanding of cash flow," explained Kleinman.

Other goals include exposing students to the costs of starting a business and giving tips on how to attract investors. Kleinman noted that many creatives tend to navigate towards the non-profit realm, looking for funding from large foundations. But most of those foundations "won't put a penny towards you until you've been in existence for two or three years," while private investors have a higher tolerance for risk – if the entrepreneur can prove that their idea is profitable.

Successful alumni of the entrepreneurship course include Lorenzo Buffa, who went through the boot camp and later won a $6,000 grant to start his designer watch studio. He's since launched three Kickstarter campaigns to support his business that have raised around $150,000 and counting.

For Kleinman, teaching entrepreneurship classes to creative people isn't just a good idea; it's an obligation. Universities should not just teach artistic skills, he argued, but teach students how to take control of their financial futures.

"We were creating a generation of remarkably talented creative people who were graduating with increasing amount of debt and were to a large degree underemployed...I felt if we didn't help this next generation of creatives, we were weakening them and impoverishing ourselves," he said.

To apply for the scholarships and learn more, click here.