Watch: ESPN is going to air an E:60 about Jason Kelce and his brother on Sunday 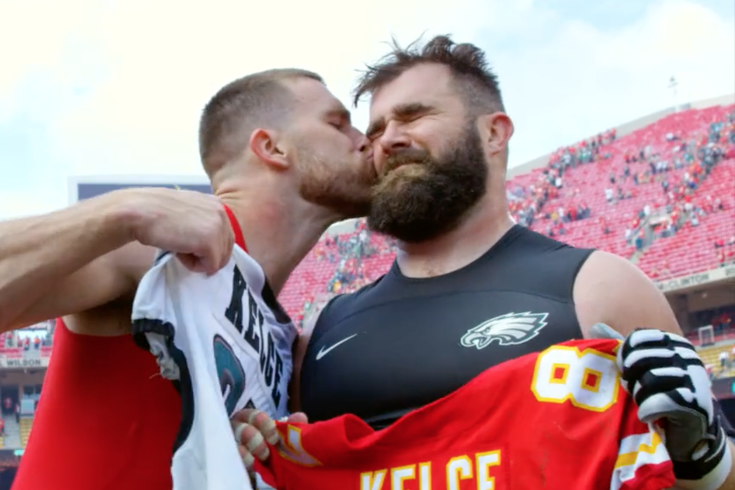 ESPN is set to air an E:60 episode about the relationship between Kelce and his brother Travis this Sunday.

The Year of Jason Kelce is rolling on, this time with a television special.

ESPN is set to air an E:60 episode about the relationship between Kelce and his brother Travis this Sunday. It'll air at 9:00 a.m. ET on ESPN.

You can watch the trailer below, featuring some true throwback footage of the two Kelces:

Love him or hate him @Chiefs TE @tkelce is one of the best in the @NFL, but beyond the flamboyance and flash, there’s a side most people haven’t seen. Especially when it comes to his big brother @Eagles C @JasonKelce. pic.twitter.com/2Mo3lbCqO5

It seems like the Ohio natives — Jason, 30, is two years older than Travis — sure are close.

– Yelled a whole bunch about winning the Super Bowl;

– Had a beer and a bobblehead made about the time he yelled about winning the Super Bowl;

– Played alongside the Philadelphia Orchestra;

– And he might be featured in an upcoming "Always Sunny" episode.

It seems there’s very little he can’t do.

Eventually, of course, the football side of Kelce’s life will have to turn the page to the 2018 regular season. The Eagles began their training camp practices today; PhillyVoice’s Jimmy Kempski will have updates throughout camp as the team prepares to defend its Super Bowl title.

But for now, Kelce seems like he’s perfectly content to ride this wave of momentum for as long as it’ll carry him. Knowing Eagles fans and their loyalty, that might be for the rest of his life.