The 6,000-pound gorilla is off their backs. The Philadelphia Eagles are Super Bowl Champions, and they took down arguably the best quarterback and head coach in NFL history to earn it.

It was fourth and goal from the Patriots' one-yard line with 34 seconds left in the first half. Pederson, as he's known to do, opted to go for it.

And he pulled out a trick play.

Anyone have the Nick Foles receiving TD prop bet???

WHAT. A. PLAY CALL. pic.twitter.com/9hjJXR0jSs

Pederson named the play the "Philly Special," and it will probably go down as the most memorable play in Eagles history.

The design of the play was outstanding. Foles drifted far away from center, almost making it over-obvious that the Eagles were going to run a direct snap to the running back, Corey Clement, which they did. The Patriots thought they had sniffed out the direct snap, and crashed hard to go after Clement, leaving Foles wide open in the end zone. Brilliant play call.

I'm sorry Billy Penn. You're cool and all, but make way. 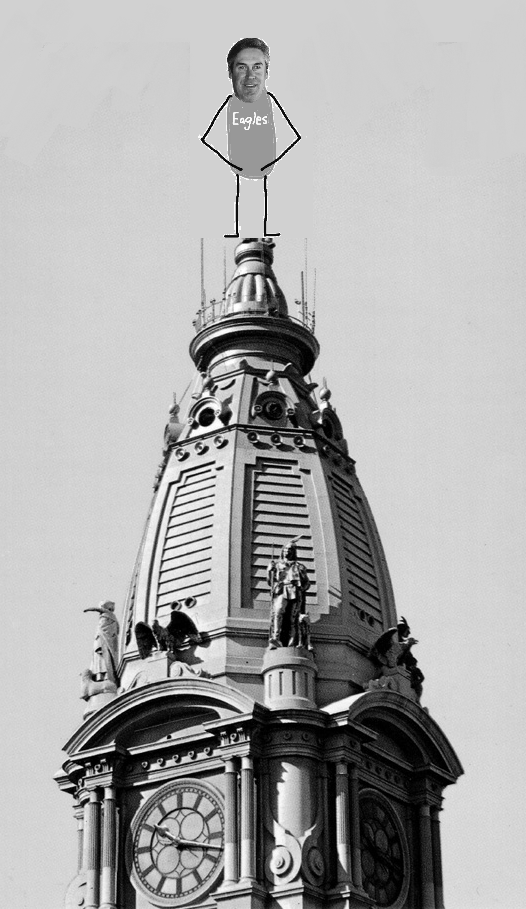 Many Eagles fans and media (self included) were critical of Foles after his two disastrous outings against the Oakland Raiders and Dallas Cowboys late in the regular season.

I don't know how that guy turned into the quarterback that he was both against the Minnesota Vikings in the NFC Championship Game and the Super Bowl, but he played elite football when it mattered most, going toe-to-toe in an all-time classic shootout with the best player in NFL history, and coming out on top. Amazing.

Nick Foles is a Philadelphia legend for life.

Make no mistake. The Eagles' defense got absolutely abused by the Pats for the better part of 60 minutes until Brandon Graham happened. Clinging to a five-point lead, and trying to hold a Pats offense that had scored touchdowns on three straight possessions (four if you don't include the end of the first half), Graham came up with a strip sack of Brady, which was recovered by Derek Barnett.

BRANDON GRAHAM WITH THE STRIP pic.twitter.com/ikuH8V1DC4

When the Pats began that drive, admit it. You thought Brady was driving the field for the win. It's OK. We've all seen that movie before. But, the defense finally made a play, and all but put the game away.

4) The 'Ice Water in the Veins' Award: Jake Elliott

Elliott missed a PAT, as he's done quite a bit this season. But, as he's also done all season, he has made the clutch kicks that matter. With a 1:04 left in the game, Elliott drilled a 46-yarder, giving the Eagles an eight-point lead, and an overwhelming upper hand on the Pats.

Had he missed, the Eagles would still only been up five (obviously), and Brady would have had more than a minute to go 64 yards for a score.

He did it all year, beginning in Week 3 against the Giants.

IT'S BETTER WITH TITANIC MUSIC!

How would the season have turned out if he didn't make that kick?

The Eagles trio of running backs had huge games, as Blount ran for 90 yards and a touchdown, Ajayi chipped in 57, and Corey Clement had 4 catches for 100 yards and the following touchdown.

Nick Foles throws a DIME to Corey Clement for a TD.pic.twitter.com/VwRTHnZ5YV

They were indeed the three-headed monster. 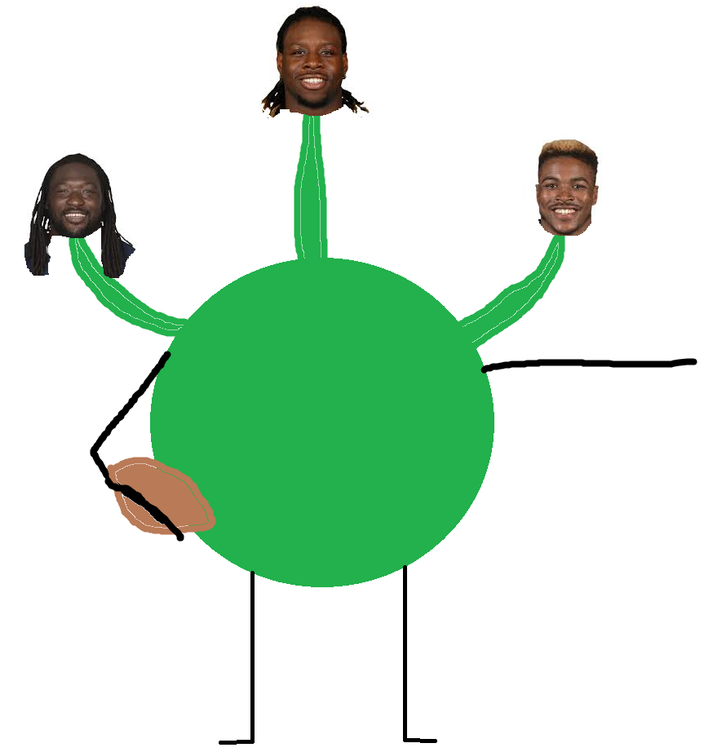 All season long, especially under Carson Wentz, the Eagles' offense was incredible on third down. That carried over into the Super Bowl with Nick Foles, as the Eagles were 10 for 16 on third down.

Nelson Agholor had 9 catches for 84 yards, including a number of first downs. Alshon Jeffery had 3 for 73 and a TD, and a pair of great contested catches. And Zach Ertz chipped in 7 catches for 67 yards and a score.

Oh, and hey, the offensive line opened up holes in the run game, keeping the offense on schedule, while providing great protection in third and long situations.

Without the offense's ability to keep drives alive and put points on the board, we'd be talking about "next year" right now.

7) The 'Home Away From Home' Award: Eagles fans

Way back in Week 4 of the NFL season, Philadelphia Eagles fans completely overtook the StubHub Center in a road game against the Los Angeles Chargers.

I guess there's a reason they call it the StubHub Center. pic.twitter.com/1JbwS6Ps8y

In Week 14, Eagles fans showed up in droves once again when the Eagles played the Rams at the Los Angeles Coliseum.

In Week 15, Eli Manning credited Eagles fans with causing a late Giants false start that affected the outcome of the game.

In the Super Bowl, Eagles fans dominated once again, far outnumbering Patriots fans. Including the playoffs, the Eagles had like 14 games in which the crowd was an advantage for them. That is just nuts, and it's a tribute to how invested the fans are in the team.

How do you win the Super Bowl without your MVP quarterback, your Hall Of Fame left tackle, your good, young playmaking linebacker, and highly respected all-around weapon?

9) The 'Celebration' Award: The Eagles' organization

The Eagles' players, coaches, and other employees got after it in the locker room after the game. Skip to the 12:45 mark, when it really gets fun.

10) The 'Celebration, Part II' Award: The city of Philadelphia

I'm told the parade is Wednesday. That'll be the fans' turn to get after it. I mean, for those of you who didn't have the chance to on Sunday night. You deserve it. Enjoy.