Authorities are offering a $20,000 reward to find the man who killed Everett Beauregard, 23, on Thursday morning 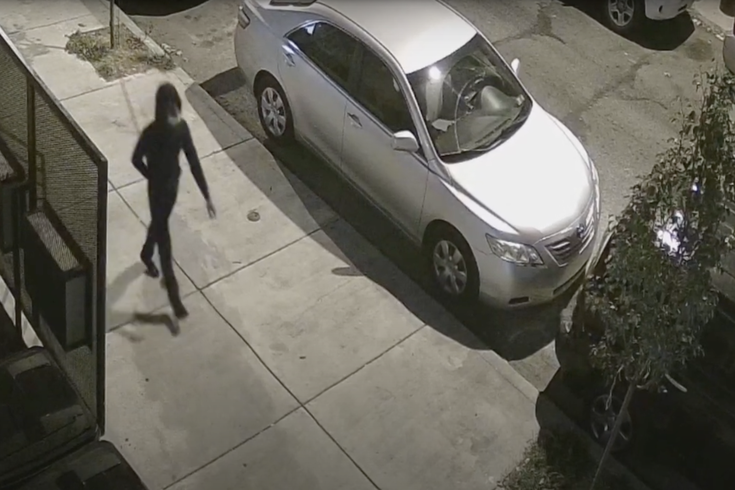 Philadelphia police are offering a $20,000 reward for information leading to the arrest of the gunman who fatally shot 23-year-old Everett Beauregard on Sept. 22. Investigators say the surveillance image above shows the gunman.

Philadelphia police are searching for a suspect who fatally shot Everett Beauregard, a recent Temple University graduate, on a sidewalk in West Philadelphia at 12:30 a.m. Thursday.

The shooting occurred as Beauregard was walking home from a SEPTA station after a night out with friends. The suspect approached Beauregard from the opposite direction on the 400 block of North 35th Street and fired several shots, police said. One of them struck the Beauregard in the neck, severing his spinal cord.

By the time officers arrived, the gunman was gone and no weapons were found at the scene. Beauregard was taken to Penn Presbyterian Medical Center, where he died.

On Friday, police released surveillance video that shows the suspect in the moments leading up to the shooting. The gunman is seen passing Beauregard before turning around and firing at him. He then is seen fleeing north on 35th Street. Four shots were fired, including one as the man left the scene with Beauregard already on the ground.

"Not a word was spoken between the two prior to the offender shooting Mr. Beauregard in the back," Philadelphia Police Captain Jason Smith said.

Beauregard, 23, a Chester County native, had graduated from Temple in June and had been working as an operations processor for Wells Fargo in Philadelphia, according to his LinkedIn page. He attended Great Valley High School and had volunteered in local and national politics in recent years, including time spent as an intern for Democratic U.S. Rep. Brendan Boyle and state Rep. Kristine Howard.

Surveillance footage first shows the gunman in the area near the shooting at 11:20 p.m. Wednesday, investigators said. He was seen walking around with his right hand in the pocket of his hooded sweatshirt, apparently armed and "looking for trouble," Smith said.

Police called the shooting an "unprovoked murder," adding there were no signs of an attempted robbery or an argument. Authorities initially believed the shooting might have arisen from a robbery.

In a statement Thursday, Beauregard's family said he had been planning to start an MBA program in the winter.

"The Beauregard family would like to thank the outpouring of sympathy for the tragic shooting death of our beloved son Everett Beauregard," the family said. "Everett was always willing to lend a hand to any anyone who needed his attention, love and humor."

Philadelphia police are offering a $20,000 reward for information leading to the gunman's arrest.