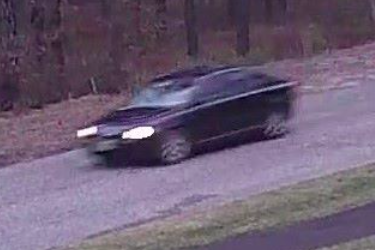 Police in Evesham Township, N.J. are investigating after receiving reports that a suspect possibly attempted to lure juveniles into his car at two separate locations earlier this month.

According to authorities, both incidents occurred on the afternoon of January 16, when the driver of a dark-colored Volvo sedan pulled up and spoke to two different groups of young boys.

The first incident occurred in Oaklyn when the suspect, described as a gray-haired man in his 60's, approached three boys on Manor Drive. The details of that conversation were not disclosed, but the boys eventually walked off and the driver drove away.

Later that afternoon, at around 4:58 p.m., police believe the same man approached two other boys at the Sanctuary Development, where they were playing not far from their home on Peter Hurd Way. Investigators say the car was occupied by a man and a female passenger described as a teenager with long blond hair.

The boys were allegedly asked if they wanted some candy, but one of them told the suspects that he was going to call the police, pretending to do so on his cell phone.

Police searched and canvassed the entire neighborhood to locate the suspect's vehicle, but still have not found it.