The craft brewery began hosting drag shows during Pride month in 2021; the first performance of the season begins Sunday 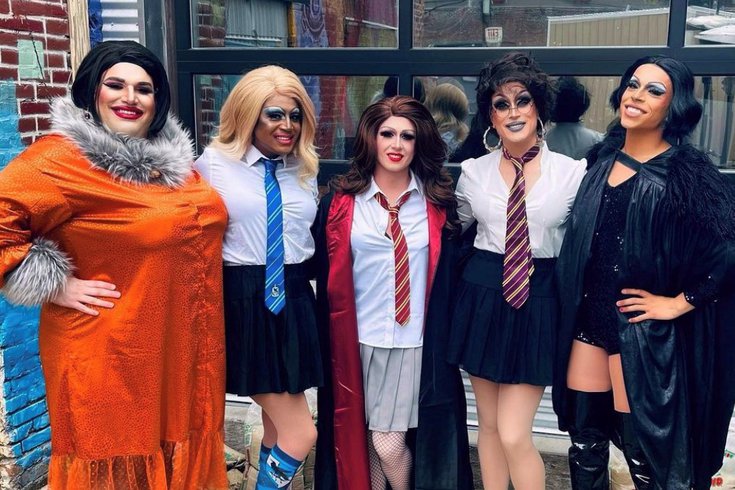 Evil Genius Beer Co. is hosting a summer drag brunch series in collaboration with Summer of Troy Productions every other Sunday from noon to 2 p.m. at its Fishtown taproom. Tickets are limited.

Evil Genius Beer Co. has become well-known for its pop culture references and quippy beer names. Now, after also having success with monthly drag shows, the Fishtown-based brewery is expanding the lineup by adding four additional shows as part of a new summer drag brunch series.

The brunches are being hosted in partnership with Summer of Troy Productions, a drag queen production company with performers from the Philadelphia, South Jersey and Delaware region. The group is known for hosting and performing at brunches, bingos and other special events in the city.

MORE: The Dutch to debut three-course tasting menu with returning favorites from Fond

The lineup of drag brunches will focus on pop culture, with shows highlighting country music, Taylor Swift, and a battle between Mariah Carey and Ariana Grande. Tickets begin at $20 per person, with VIP and group seating available for an additional fee.

"We started throwing these awesome shows in Pride month of 2021, and they became an overnight sensation," said Trevor Hayward, co-founder of Evil Genius. "The crowd comes out in droves like we've never seen before and every event has been an instant classic. We've built a great relationship with the cast at Summer of Troy Productions and can't wait to show you what we have in store for the rest of the summer."

Summer of Troy Productions is led by Miss Troy, a Wilmington-based performer who was recently named one of Delaware's most influential people. She is best known for her impersonations of stars like Reba McEntire, Moira Rose, Mariah Carey, Celine Dion, Cher and Dolly Parton.

On Sunday, July 24, head out to the Evil Genius taproom to watch "Hoedown Throwdown: A Country Drag Brunch Special" from noon to 2 p.m. The cast will perform classics like Dolly Parton's "Jolene" and Carrie Underwood's "Before He Cheats," celebrating the best in pop country music with the full lineup of drag queens.

Two weeks later, on Aug. 7, get ready for a battle between two vibrato heavyweights, Ariana Grande and Mariah Carey. From noon to 2 p.m., cheer for your favorite star and scream your heart out to every song.

To celebrate Taylor Swift, Evil Genius and Summer of Troy will split their drag brunch offering into two days: Aug. 21 and Sept. 4, each from noon to 2 p.m. "Brunch: Taylor's Version" will celebrate every era of Swift's career, with songs from all nine of her studio albums.

Rather than hosting drag brunches each month, as like Evil Genius has been doing, they're bringing double the fun with bi-weekly shows all summer long. Previous themed shows include holiday specials titled "Sleigh My Name, Sleigh My Name" and "It's All Just a Bunch of Hocus Pocus." Other themed brunches include "Totally 80s" and "A Battle of 90s Pop Princesses," which Evil Genius hosted earlier this spring.

Brunches typically get interactive, with trivia, costume contests and raffles based on each theme. For more information, check out Evil Genius, Miss Troy and Summer St. Cartier on Instagram.