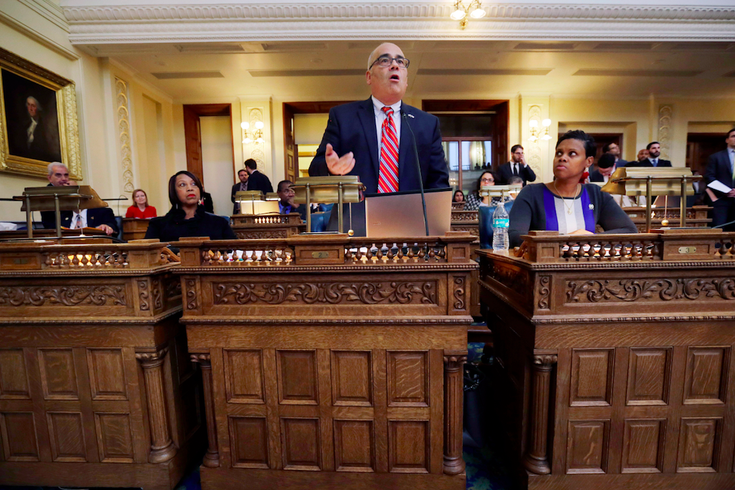 Ten New Jersey lawmakers have fallen under scrutiny from some in the state's Cuban exile community after taking an unsanctioned trip to Havana this week to explore opportunities created by President Obama's diplomatic rapprochement with President Raúl Castro.

Critics of the informal trip, during which lawmakers met with Cuban officials to discuss outstanding issues, urged Assembly Speaker Vincent Prieto – himself a Cuban-American – to denounce the group for visiting the communist nation without the imprimatur of an official delegation, according to NJ.com.

Prieto, a Democrat representing Hudson, responded to the criticism by pointing out that he refused in December to officially sanction the trip or provide state funding for it. The lawmakers each paid their own way and planned the $2,000-per-person trip in coordination with a tour company run by the government of Cuba.

Though Prieto declined Assemblyman Gordon Johnson's request to sanction a Cuba delegation, he said he would not condemn the lawmakers for independently taking the trip. He only learned about the four-day visit after Woodcliff Lake Mayor Carlos Rendo and other incensed Cuban-American leaders in New Jersey referenced an article about the meetings published in Cuba's government-owned Diario de Cuba.

Gusciora doesn't believe Prieto deserves blame for the trip. The Diario de Cuba article notes that the legislators pressed Cuban officials on their continued harboring of fugitive Joanne Chesimard, who fatally shot a New Jersey State Trooper in 1973 and later broke out of prison. The lawmakers also reportedly discussed political resistance from some Cuban-American exiles whose staunch opposition to diplomacy has stalled the normalization of ties for more than 50 years.

Prieto said that while he has reservations about the trip, he wouldn't question the democratic values of his colleagues, who engaged Cuban officials on the Castro regime's poor human rights record. Having fled the island with his mother at ten years old, he did not want to create a perception of support for the Cuban government.

Earlier this month, in his final State of the Union, President Obama called for Congressional action to lift the longstanding embargo against Cuba. Late in 2014, he and Castro restored diplomatic ties to open the door to travel and commerce while finally acknowledging an end to Cold War hostilities.

In addition to a revised set of trade and travel regulations, Obama facilitated the reopening of U.S. and Cuban embassies in Washington and Havana. Many who support Obama's diplomatic efforts believe that lifting the blockade will ultimately be the key to effectively promoting democracy and economic reform.

In Cuba, Castro's government insists that full normalization will require not only lifting the embargo, but returning the U.S. Naval Base at Guantanamo Bay.

Gusciora cautioned that the Cuban-American community is not a monolithic group and that opinions vary widely on the issue of diplomacy with the communist nation that seized property and imprisoned dissidents during the revolution of 1959.

In the past year, delegations from Pennsylvania, New York, Arkansas and other states have traveled to Cuba to discuss trade opportunities and work toward eliminating the embargo. A pair of polls conducted last year found that 7 in 10 Americans favor renewed ties with Cuba and just over half of Cuban-Americans support the shift to normalizing relations.