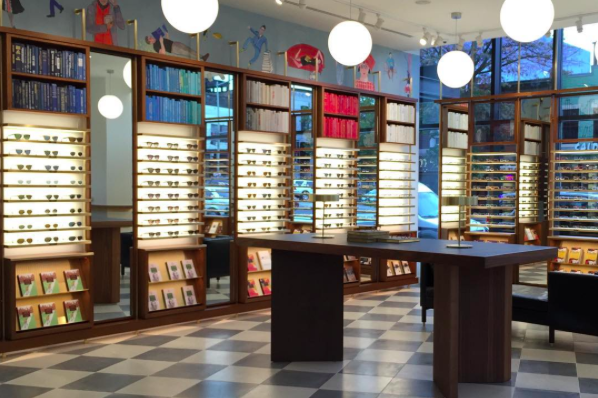 Fashionable frameshop Warby Parker, founded by Wharton graduates who wanted to disrupt the eyewear industry, is opening its first Philadelphia storefront in an iconic building.

The retailer will move into 1523 Walnut St., which was home to acclaimed French restaurant Le Bec-Fin for 30 years, reports the Philadelphia Business Journal. Four-eyed fans from Philly could try out Warby Parker frames at the Art in the Age boutique in Old City, but this will be an independent store.

Warby Parker's business strategy involves selling designer frames for less than $100, both online and in 19 physical locations around the country. It was valued at $1.2 billion in April, said the Wall Street Journal. Almost no other private, venture-backed e-commerce site is worth as much.

The physical stores also sell books, because nothing goes better with a hipster's tortoiseshell shades than a copy of "Infinite Jest." The company itself was named after characters from a Jack Kerouac story.

The retailer cuts prices by cutting out the middleman: It designs the eyewear in-house and sells it near wholesale prices. It's even developing technology that could let people take basic eye exams on their phones.

In the spirit of social entrepreneurship, Warby Parker is also a B Corporation that works to increase access to glasses in the developing world. It donates money to organizations that train men and women in poorer countries to sell glasses and give eye exams, thus both creating jobs and helping people see. In fact, co-CEO Neil Blumenthal used to be the director of VisionSpring, now Warby Parker's main nonprofit partner.