Eytan Shander: Buying or selling these Eagles theories heading into the season?

Is Jalen Hurts the future? Are Fletcher Cox and Zach Ertz finished? And what's Nick Sirianni talking about? 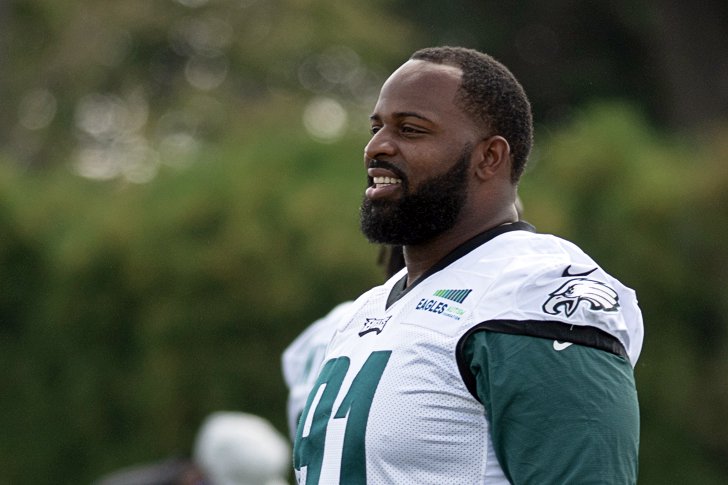 There are quite a few opinions about the Philadelphia Eagles this year, from how good they can be to which players have seen better days. One thing remains constant, however — we simply don’t know.

That can be fun, but it can also be maddening. So let’s sift through some of the bigger theories and offer a buy or sell to help guide you as we head into another Eagles season.

Jalen Hurts is the Future: Buy

The Eagles staff did Jalen Hurts few favors this preseason by refusing to play him in the third and final game. Hurts does possess a couple of skillsets that have me buying into the idea of him as a franchise QB. That’s what this season is all about – with Hurts being the best microcosm – in buying or selling any of this, variance.

We have a ton of unknown looking ahead on this team, but only a small amount have actual influence in their destiny. While Hurts is at the mercy of play-calling, he can move around and even out of the pocket. He comes in with laser focus, already surviving the mess that was last year’s debacle. There’s a sense of overcoming adversity that he brought with him to the NFL from college.

That’s all we want this year — Hurts surviving what could be a bad year and still showing signs of growth — and all you should realistically ask for at this point. Which way is the needle pointing after the year? Up? You have a kid you can work with, from a talent and cost perspective.

This is a play on Jimmy Kempski’s prediction of Josh Sweat hitting double-digit sacks. While I agree with JK on his prediction, I didn’t want a big piece of that to go unnoticed, especially since there’s been so much media attention surrounding Cox. Here’s the thing, if Sweat or anyone else starts to feast this year, expect Cox to be a huge reason why.

This has never been a numbers game regarding Cox, as he doesn’t need to lead the team in sacks to live up to the hype. It’s commanding the double-team, wreaking havoc on tertiary blockers coming in from the backfield, and just taking up a large mass of space. I love the first matchup for Cox and the DL in Atlanta, mainly because they should do whatever they want against the Falcons.

The season should start off well for Cox who has a lot to prove this year, even if he thinks he’s already proven it to himself and his teammates. I’ll take any outside motivation, even if it’s fabricated, as that could be the difference between good and great.

Zach Ertz is Back: Buy

This is my favorite story of the offseason by a mile – and it has nothing to do with the blonde hair. Ertz is such a cool story because of what he can be this year, especially if you play daily fantasy sports. Next to Wentz, Ertz took the biggest brunt on the field for a disaster of a season. This led people to believe he forgot how to play football, something he’s ready to remind the world was pure fantasy. There’s also a “better” option at that position in Dallas Goedert, but if used correctly, the pair can be a sharp two-headed weapon for Hurts.

Ertz shouldn’t command anywhere near the attention he got in years prior, allowing for a veteran TE to take full advantage of spaces on the field. Teams will game plan for Goedert and DeVonta Smith – even Miles Sanders – in the passing game before even looking at Ertz. Even then, Jalen Reagor will take some looks. Ertz and his skillset on this year’s team is like having that former All-Star come off the bench on those LeBron James Heat teams. Some savvy vet who knows about spacing, when to shoot or pass, or in this case sit down in the zone.

It’s a shame that Ertz plays a sport where his helmet covers up his hair, although not having that blonde mop visible should help him disappear in coverage. This guy busted his tail to help win a Super Bowl and now gets a shot at redemption from last year. Something everyone should get following that embarrassment.

MORE: 10 Eagles predictions heading into the 2021 NFL season | How many games will the Eagles win this year? Like that even matters...

Whatever Nick Sirianni is Saying: Sell

I readily admit this has no impact on the team – and to a far lesser extent, me – especially if they come out and start winning games. Unfortunately, I don’t think they win on Sunday, and that's before embarking on a ridiculous three-game stretch. The problem comes in the form of example not the actual application of coaching, meaning it’s the choice not the decision. This guy could be the next Andy Reid or Andy Richter. It seems like every single day we have some new story of motivation or wacky phrasing of a platitude.

Again, if he can coach then a lot of this goes out the window, but if he can't — or this team loses games — watch out. My concern is that Sirianni has made this entire offseason and preseason about him more so than about his team. It’s more than just the poor-man’s Gruden platitudes or the "Rock, Paper, Scissors" games; but that’s part of it.

The Eagles kept Hurts in the dark (and us as well) regarding his status. We were sold some nonsense about general competition, yet saw nothing close to that in the actual preseason games. We barely saw the starters play, yet were told a new story about what the coach is doing to motivate guys. It’s the choices that scream, “Look at me!” rather than looking at what the coach is doing.

I’ll give you the perfect examples of both, using the same coach. The Eagles players are going to respond to anything and everything Kobe Bryant. He’s this generation's Michael Jordan, bigger than LeBron to a lot of people. Seeing Kobe go above and beyond will always resonate more than someone going through a meticulous practice of dunking hot dogs in water before inhaling 100 of them.

Make it about your team, about you motivating your team, not some sideshow about playing a children’s game or watching an eating contest. Then again, if this thing works, I’ll be eating way more than a water-soaked dog.