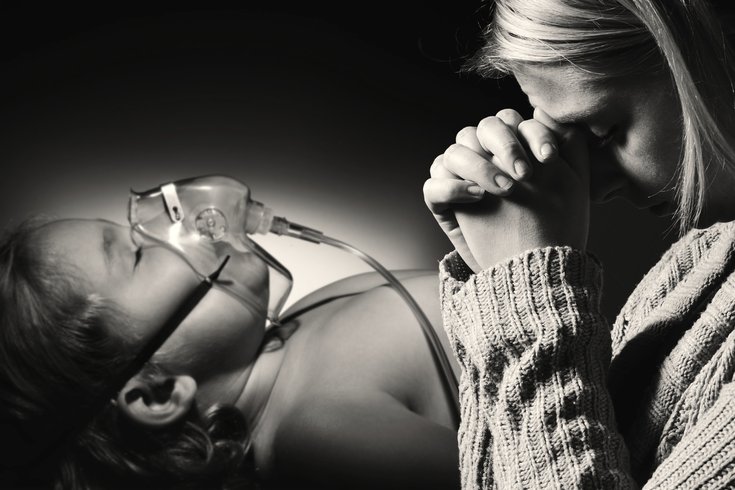 Hospitals across the country are facing difficult ethical choices because of drug shortages.

A nationwide shortage of certain lifesaving drugs has forced doctors to make agonizing decisions: How do you choose which kids get chemo?

One hundred fifty-nine drugs have been marked with a shortage alert from the American Society of Health-System Pharmacists, and pediatric cancer centers have been hit particularly hard. Take, for example, acute lymphoblastic leukemia (ALL), by far the most common form of childhood cancer. In the past decade, 8 out of 10 drugs used to treat ALL have been temporarily unavailable at some point, said pediatric oncologist Yoram Unguru.

Fortunately, these shortages did not all happen at the same time. Still, doctors are sometimes forced to ration care and choose which children will get access to lifesaving drugs.

"This is one of those tragic choices. This has become the new normal," said Unguru, who works at the Samuelson Children's Hospital in Baltimore and as a faculty member at Johns Hopkins.

There are no clear national guidelines on how doctors should face this ethical quandary. So a group of doctors and bioethical specialists, led by Unguru, published a set of guidelines in the Journal of the National Cancer Institute on Friday on how pediatric cancer physicians should make decisions about rationing.

"You feel horrible. It's painful, but it needs to happen," Unguru said.

The real tragedy, he said, is that 80 percent of all kids with cancer can be cured. That means doctors know that they could save almost every child if there weren't any shortages.

Saving as many lives as possible

The guidelines use a utilitarian model, meaning that doctors should focus on saving as many lives as possible. This is as opposed to alternate models like giving drugs only to the sickest patients or giving everyone an equal chance through a lottery.

However, the incremental impact of the drug also matters. A patient whose only hope lies in that one particular drug might be given priority over a patient who has other treatment options. If studies show that a certain drug works better on some kinds of tumors than on others, it should go to patients with that kind of tumor.

Most important of all, hospitals must be totally honest and transparent about their decisions. Families "deserve to be informed," the authors wrote. They must be involved in the decision, and hospitals should also institute a way for families to appeal decisions they disagree with.

'This is our problem'

The most pressing question those families may have, though, is why do these shortages exist in the first place?

"You look at a kid and the parent's face and think, 'How can this be?'" Unguru said.

It's a combination of economic, manufacturing and regulatory issues. Only a small number of companies manufacture the drugs commonly used for treating childhood cancers. If one lab has a manufacturing issue, it causes shortages across the entire health care system.

The federal government can't negotiate directly with pharmaceutical companies over costs, and there's little competition, so the price of these drugs is very high. At the same time, reimbursement rates are relatively low, Unguru said, giving companies little economic incentive to produce more.

All these factors together are causing a drug shortage crisis that's unique to the United States.

"These shortages, while they may happen and they do happen in some degree to other places, remember these other places have a different structure in place that allows them to negotiate with pharmaceutical companies that we don't," Unguru said. "This is our problem."